In an episode airing in early March, the actress will play Sasha, an attractive, smart and well-dressed director of content monitoring for a respected social media company. The high-pressure job sees her responsible for hiring content monitors, the employees who monitor the social media platform for illegal content.

News of Sigler’s new role comes one week after her brave revelation to PEOPLE that she has been battling MS since she was 20.

The star, 34, was once told by an industry insider she’d confided in that she should keep her health struggles secret for fear it would hurt her career.

“I’m sure they were just looking out for me but they said, ‘I’m going to pretend you didn’t say that. I’m going to tell you right now that you should never tell anyone you have this,’ ” Sigler told PEOPLE. “And I just thought, Okay, that means a lot of things. That means I might not be accepted. That means people will have their own ideas of what my limitations are. I had a fear that it would all go away if people knew.”

The newly-married actress previously told PEOPLE that she credits her husband Cutter Sykstra, 26, and their 2-year-old son, Beau, with giving her courage and support in her battle. 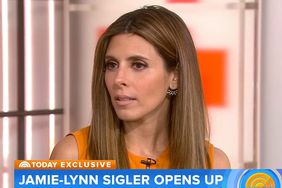