"I have no shame in my humble beginnings. They kick-started my career," she tells PEOPLE exclusively

While attending The Women's Image Network's 23rd Women's Image Awards at The Saban Theater in Beverly Hills Thursday, Chung opened up to PEOPLE exclusively about wanting to return for a Real World: San Diego reunion.

"I have no shame in my humble beginnings. They kick-started my career. They gave me the opportunity to live with six other strangers in a house. And I think those are the growing things," said Chung, 38. "I don't think we have that with social media. You can't have a conversation and have disagreements and live with each other for three months. That's insane to do."

"I think people would kill each other these days. And [the show] teaches you to be empathetic and understand where the other person is coming from," she added. "I would go back in a heartbeat."

Before becoming known for her acting roles in Once Upon a Time, Gotham and Lovecraft Country, Chung was a cast member on The Real World: San Diego in 2004. She then appeared on its spinoff Real World/Road Rules Challenge: The Inferno II the following year.

Offscreen, Chung has been happy to get out of the house more following the coronavirus quarantine period.

"I know that everyone's being cautious. I think we found a system that keeps people safe and still feel somewhat normal," she continues. "And I think we still need to stick together, and I'm glad we're at the tail end of it though. But you've learned a lot." 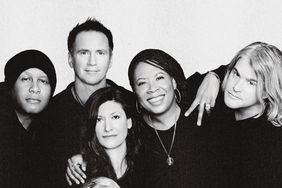 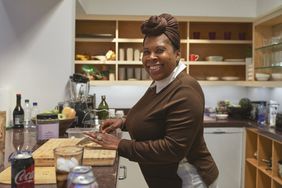 'The Real World' 's Heather B. Gardner Wants Another Reunion: 'There Is Some Unfinished Business' 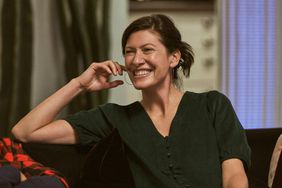 'The Real World Homecoming: New York' Trailer Teases Loads of Tears and Someone Walking Out