Philipps said on Watch What Happens Live that she and Franco "really, really disliked each other – it's well-documented"

It’s all water under the bridge now, but Busy Philipps and James Franco‘s romantic connection on Freaks and Geeks was true acting. In fact, when the cameras weren’t rolling, they “really disliked each other.”

Philipps, now 37, told Flipping Out star Jeff Lewis on Watch What Happens Live that Franco, now 38, was once one of the most difficult people with whom she’s ever worked.

“James Franco and I really didn’t get along when we were on Freaks and Geeks,” she said. “We were 19, and we really, really disliked each other – it’s well-documented. He shoved me to the ground once. It was really brutal.”

Now, 16 years’ later, Philipps said, “We’ve since made amends. … We’re friends now and we really like each other now as adults, but as kids we did not get along.”

RELATED VIDEO: Busy Philipps Reveals the Epic Birthday Surprise She Has Planned for Her Daughter!

On the flip side, the Vice Principals star had much more cordial relations with her Dawson’s Creek costar Michelle Williams.

Philipps revealed she’d just recently hung out with Williams, 35. It’s just one of many reunions the longtime pals have had since working together on the show from 2001 03.

“We make little Dawson’s Creek reunions,” Williams, 35, shared in April. “Sometimes I’ll see Mary Beth Peil, who played my Grams, and Busy Philipps, and we have, like, little mini-reunions. But I guess they’re sort of private!” 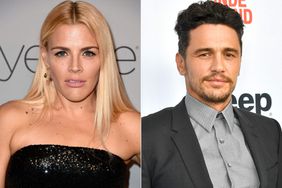 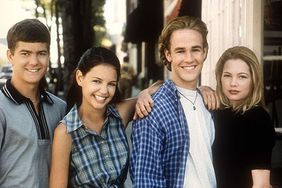 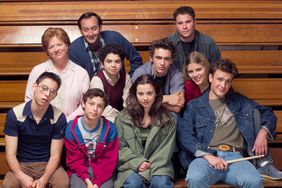 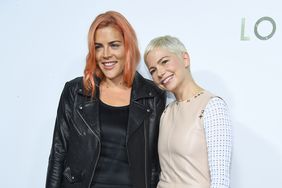