The couple met on the set of Jane the Virgin

Gina Rodriguez may have some big news up her sleeve — or on her finger, rather. The Jane the Virgin actress, who turned 34 on Monday, posted a clue-heavy Instagram from the Hotel Casa Malca in Mexico. In the sunny snapshot, Rodriguez smiles on a beach in a pink outfit — with a noticeably sparkly diamond ring on the fourth finger of her left hand.

She included the Frida Kahlo quote, “They thought I was a Surrealist, but I wasn’t. I never painted dreams. I painted my own reality.”

Her rep did not immediately return PEOPLE’s request for comment.

The gorgeous rock made another appearance in her Instagram Story, in which she cozies up with boyfriend Joe LoCicero, an actor and Muay Thai fighter, at sunset, laying her left hand on his bare chest.

Rodriguez and LoCicero met in 2016 when he played a stripper on Jane the Virgin. She spilled on Live with Kelly and Ryan about the first time they met.

Gina Rodriguez Reveals Origins of the Time’s Up Movement: ‘We Had to Band Together and It Was Not an Option’

In December 2016, Rodriguez posted a sweet Christmastime tribute to LoCicero. She wrote, “Our first Christmas together and your love has been the greatest gift.”

She brought him along as her date to the 2017 Screen Actors Guild Awards, and in November 2017, they jetted to Hawaii.

In 2015, after breaking up with ex-boyfriend Henri Esteve, Rodriguez talked to PEOPLE about the trickiness of forging meaningful connections in Hollywood.

“Relationships and friendships have gotten a little more difficult,” Rodriguez told PEOPLE. “You have to keep a real and honest and clear passageway with everybody in your life. You can’t allow the yes men to get in your head because the hype can be scary.”

Rodriguez has posted a number of times from her current vacation in Mexico, where she is spending quality time with LoCicero and her family.

Alongside one scenic shot, she wrote, “Last day as a 33 year old woman. #leoseason.” 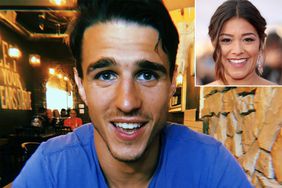 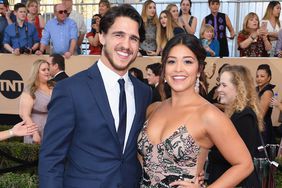