During his custody battle with Kim Basinger in 2007, Alec Baldwin left their then 11-year-old daughter a voicemail calling her  a "rude, thoughtless, little pig"

Ireland Baldwin did not hold back when ridiculing her dad Alec Baldwin on Saturday’s Comedy Central roast — even referring to the infamous voicemail that led to their estrangement over a decade ago.

“Dad, I’m Ireland,” the model, 23, said in a clip from the upcoming broadcast, jokingly introducing herself to the 61-year-old.

“I almost didn’t even know about it, because I haven’t checked my voicemails for the last 12 years,” she added as Alec simply nodded.

When Ireland was just 11, her father and mother, Kim Basinger, were infamously embroiled in a nasty divorce and custody battle. Alec left Ireland a voicemail after she missed a scheduled phone call, labeling her a “rude, thoughtless, little pig” in 2007.

Now, the two are ready to joke about what Alec once called “a scab that never heals.”

Ireland continued by saying that like the other celebrities roasting her father that night — Blake Griffin, Caitlyn Jenner, Ken Jeong and Robert De Niro — “I don’t really know you that well, either.”

And while fans may recognize Ireland’s father from his iconic roles in Mission: Impossible and 30 Rock, she joked that she knows him “as that guy from half of my birthday parties.” Alec let out a belly laugh as he listens to the roast.

“It’s not easy to be the daughter of an iconic movie star, but I’m not here to talk about my mom and her Oscar,” Ireland joked.

“Mission: Impossible is what I call getting my dad to apologize,” Ireland added, before ending her set by giving him a hug.

This wasn’t the first time Ireland joked about the voicemail.

“I’m here to roast this big old ham I call my father. Speaking of pigs. Some of you may remember me as that thoughtless little pig you read about,” she said on Spike TV’s One Night Only in 2017. “That was a decade ago, and my dad and I are in a much better place now. He would never say something like that. Because I’m 6’2” and I would kick his a–.”

Ireland continued, “The truth is, that whole awful period nearly killed him emotionally. I wouldn’t see my dad that upset ever again … until I showed him my first tattoo. Okay, my second tattoo. I couldn’t show him where I got the first one.”

Following the 2007 incident, Baldwin admitted that he felt suicidal and that the voicemail had hurt his daughter “in a permanent way.” Alec is currently married to Hilaria Baldwin, with whom he has four young children.

“We’re doing it for charity, and yeah, all of these people are going to kick my teeth out of the back of my head, and that is not fun, but we only have to do this for a couple of hours and then it’s over,” Baldwin told PEOPLE at the taping. “I never have to do it again.” 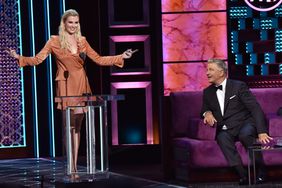 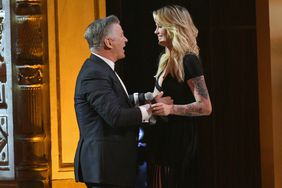 'Speaking of Pigs...': Ireland Baldwin Jokes About That Infamous Voicemail as She Toasts Dad Alec 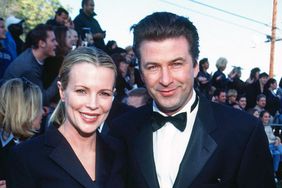 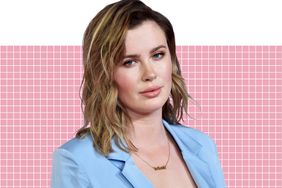 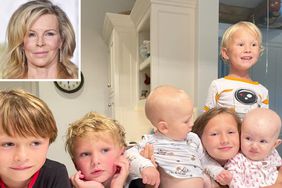