Juvenile humor was the name of the game at the Today show under Matt Lauer, multiple sources tell PEOPLE in this week’s issue.

A longtime Today show staffer acknowledges hearing dirty jokes but says she did not witness Lauer crossing the line — though she believes the women who have come forward accusing him of sexual harassment since NBC fired him last week.

“It was a newsroom-y kind of vibe, but it wasn’t intolerable. It was more of an eye roller. And it wasn’t limited to him,” the source says. “It wasn’t a toxic environment, and I can’t think of anything I personally experienced.”

Another insider tells PEOPLE, “It was a very fun atmosphere and a great group of people, saying his predecessor Bryant Gumbel “had been stern and serious. With Katie [Couric] and Matt it was much looser, lighter and friendlier. And also maybe more inappropriate.”

With Lauer and Couric presiding over a tough-talking newsroom, “dirty jokes were a thing shared by men and women,” says a show source.

Adds another longtime co- worker: “Man or woman, Matt was an equal-opportunity offender.”

NBC fired Lauer, 59, for alleged “inappropriate sexual behavior” last week after receiving a “detailed complaint from a colleague about inappropriate sexual behavior,” with reason to believe “this may not have been an isolated incident.” A source told PEOPLE that Lauer was let go due to sexual misconduct throughout 2014, including at the Winter Olympics in Sochi, Russia. (A second source with knowledge of the situation says Lauer had viewed this relationship as “consensual” and was “dumbfounded” by the Monday accusation.) Women have also anonymously accused him of sexual harassment and assault.

With Couric’s departure in 2006, Lauer became ever more powerful. And some say his flirty on-air persona gave way to sinister side effects. “If you didn’t bat your eyelashes and giggle and play along, sooner or later you’d get the criticism that you didn’t appear to be supportive of him,” says one source with knowledge of his workplace conduct.

Still, the longtime Today staffer says, “I didn’t feel like I had to be flirty with him. And he certainly didn’t flirt with me.”

The staffer says most employees inside Rockefeller Center are heartbroken over what’s transpired and torn between the man they knew and the Lauer portrayed by his accusers.

“The reason people are so upset and people are crying on our staff, which is like 80 percent women, is because he was really loved and treated people really well,” the staffer says. “And it’s shocking to think that there could be this side.”

“He was the star anchor of the show and everybody around, male or female, felt like they wanted to be on their game,” she adds. “It’s not about women vs. men. It’s, everybody be on your game. Even though he’s fun and friendly and warm and kind. He wasn’t lording it over everyone. If he were this awful monster, you wouldn’t have all these people who are devastated. People are shattered.”

Now, Lauer has left New York City for the Hamptons home where his wife, Annette Roque, and their three children (on Jack, 16, daughter Romy, 14, and son Thijs, 11) have lived full-time.

The staffer says that Lauer — who others have told PEOPLE repeatedly cheated on Roque, 51, — seemed to be “in a really good place” with his wife before the scandal.

“He would say really sweet things about her,” she says. “All the more reason why I was shocked. He is devoted to his kids. He loves those kids.”

But the staffer is hoping some good comes out of the recent wave of sexual misconduct allegations against prominent men.

“If the workplace can get better for women, I want it to,” she says. “For Matt, I grieve. I don’t feel like I have a handle on what happened. … Should he have known better? I am trying to get my head around it. When you know someone and they’re your friend, your heart aches.” 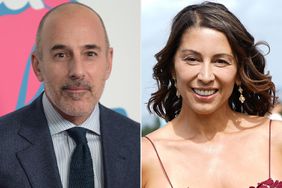 'Today' Staff Is 'Heartbroken' Over Matt Lauer Allegations: Inside His 'Very Private' Life

Matt Lauer Had Debated Retiring to Be with His Kids, Source Says