Inside Tisha Campbell & Duane Martin's Divorce: 'It Just Got to the Breaking Point,' Source Says

The couple ended their marriage after 27 years together

After nearly 30 years of marriage, Tisha Campbell-Martin and husband Duane Martin are divorcing — and a source says no singular issue drove them apart.

“I know that it’s been coming. It’s not anything that’s new,” the source tells PEOPLE. “It’s been getting harder and harder for them for the last two years. But it just got to the breaking point recently. It’s one of those things where they’ve been talking about it and fighting it out and trying to come to a conscious uncoupling.”

Real Husbands of Hollywood actor Duane “has always been very laid-back, fun loving, sweet, a gentleman, a good guy, funny without trying, and drive,” while Martin star Tisha “was always the quintessential actress,” the source adds. “But she was always outgoing and gregarious. She was super cool, but very focused and high energy. … When they got together, I definitely saw why. It wasn’t even an opposites attract — it was a complementary kind of thing. They made a good match for a while.”

But the Tisha, 49, and Duane, 52, had their challenges, including Xen’s diagnosis of autism at 18 months old, the source explains.

However, a second source tells PEOPLE that Xen’s autism “had nothing to do with the breakup.”

“She did consider conscious uncoupling and she was going to do that until the kids got a little bit older, but ultimately she decided to move forward with the divorce from him,” that insider says. “She’s just been cast in a new dramatic pilot on ABC. Moving forward, they both plan to be very involved in continuing to raise their two children.”

In 2016, the Martins filed for $14.5 million in bankruptcy, telling E! News, “We got involved with some loans before the crash, couldn’t agree to a settlement with the banks, so we filed to reorganize.”

“What’s the straw that broke the camel’s back, I don’t know, but I know that with their kid and schedules and money issues, it all played into it,” the first source says. “They’ve been through a lot of different stress tests. Sometimes couples just fall out of love.” 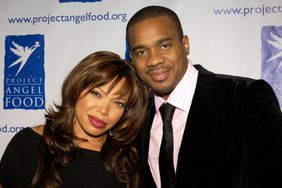 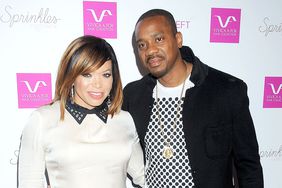