"Since Henry's birth, things have been a little more busy in the Seewald house," Ben Seewald explains in a PEOPLE exclusive clip of Counting On

Since welcoming the newest addition to their family earlier this year, the Seewalds have been learning a thing or two about adjustment.

“Since Henry’s birth, things have been a little more busy in the Seewald house,” Ben Seewald says in a PEOPLE exclusive clip of Monday’s Counting On episode. “One adjustment going from one child to two is there are so many diapers and they pile up so fast. We gotta take the trash out a lot more often.”

In February, Jessa (Duggar) Seewald gave birth to the couple’s second son, Henry. And now that Ben is back to work, the mama of two is creating a new rhythm at home with her little boys, who are both under the age of 2.

“I kind of expect it to be a challenge going from one to two kids — I feel like every day is different. Some days it’s very, very simple. … Other days, it’s a little more chaotic,” explains Jessa, who also shares 1-year-old Spurgeon with Ben.

And to help minimize the chaos, the Counting On star utilizes her baby carrier, which makes it more feasible for her to multitask and attend to both children.

“I love my baby carrier. I think that was one of the best gifts that I received. I can put Henry in the baby carrier and then be able to still carry Spurgeon around some and care for him easier,” she explains.

But Ben and Jessa aren’t the only ones who have had to adjust to a new pattern — big brother Spurgeon has as well.

“Spurgeon’s always been a cuddly little boy, but now he has to share mommy’s lap with another baby,” Jessa explains of her oldest child learning about sharing.

“We’re learning to take turns. You know, when baby has to eat, mommy’s going to hold Henry, but you can sit beside me. So maybe that’s been an adjustment for him,” she says, and adds, “But I think he’s doing pretty well.”

2 Kids & Counting! Inside Jessa Duggar Seewald's Life as Mom to a Toddler & an Infant 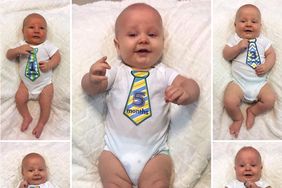 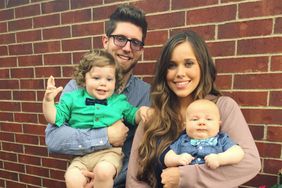 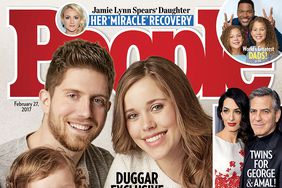 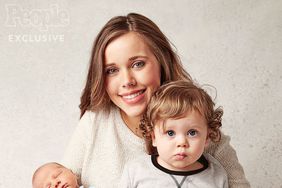