She may have worn her share of sequins and gowns on The Bachelorette, but in reality, Emily Maynard says she’s much more low-key.

So when it came time to plan her June 7 wedding to fiancé Tyler Johnson, 28, an automotive management consultant, the bride-to-be kept it simple.

“I’m not super fussy,” says Maynard, 28, of her down-home outdoor affair, complete with twinkling lights and a Southern-inspired menu. “I never pictured myself as the country club bride.”

The ceremony’s location, underneath a 150-year-old white oak tree on the groom’s family farm in Sharon, South Carolina, was a no-brainer.

“As soon as I saw it, even before Tyler and I discussed marriage, I thought, ‘Yup, I’m going to get married under that tree,’ ” Maynard says. “It reminded me of growing up in West Virginia – the beautiful trees and the green grass.”

And for the 200 guests, who were told they were attending an engagement party, the surprise nuptials were all the more sweet.

Once they arrived at the farm, Maynard’s 8-year-old daughter (and maid of honor) Ricki helped make an aisle with lanterns, at which point the bride, wearing a custom Modern Trousseau dress, walked toward her groom to “Here Comes the Bride.”

“Seeing Tyler standing there was one of the most magical moments of my life,” Maynard gushes. “And having my daughter standing up there with us made the whole thing that much more meaningful.”

Once they were pronounced husband and wife, the newlyweds joined their guests in a clear tent for a rustic glam reception, planned by Ivy Robinson Events.

Then it was time to party. An open-air dance floor and tunes from Zachary Kale kept people shimmying all night. “There was no shortage of dancing!” Maynard says.

And no shortage of sweet treats, either. Before friends and family departed, they received burlap bags filled with local goodies like ONEHOPE coffee, Neet’s Sweets pies in a jar and all-natural cookies from Helen’s Kitchen.

The wedding may be over, but the ex-Bachelorette’s happy ending is just beginning.

“I’m just looking forward to building our life together as a family,” says Maynard, who will move into a new home with Johnson and Ricki following the honeymoon. “This is exactly where I’m supposed to be. And I’m excited to have babies!”

For more exclusive photos of Emily Maynard’s big day, pick up the new issue of PEOPLE, on newsstands Friday 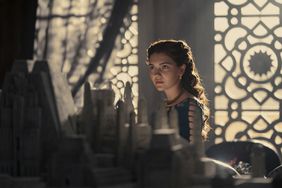 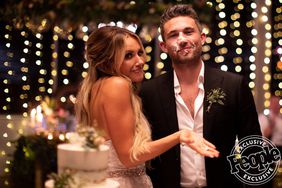 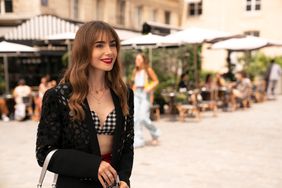 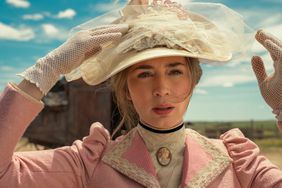