But there was one person the comedian and talk show host didn’t expect to see.

“So many people came. I don’t want to name-drop but Portia de Rossi was there,” DeGeneres joked of her wife of nearly 10 years. “You can imagine, when she walked in I was like, ‘Oh my God, you’re here? Who else?’ ”

That’s just one of the behind-the-scenes secrets DeGeneres spilled on Tuesday’s episode of The Ellen DeGeneres Show.

Her party, which took place at The Lot Studios in West Hollywood, was organized by de Rossi — about whom DeGeneres couldn’t help but gush. “Portia did the whole thing, she put the whole thing together. I love you. Thank you very much for doing that,” she said. “You put on the most amazing party. It’s just a party I’ll never forget. It was a lovely, lovely evening.”

“Some of you are thinking, ‘Wait a minute, Ellen, your birthday was two weeks ago.’ Let me correct you: my birthday started two weeks ago,” she joked. “And then I had this party this weekend. My birthday is like an entire season. It’s like Christmas, and the flu.”

Inside the party, DeGeneres revealed that many of her guests in attendance took the stage to perform, including Pharrell, Mette Towley, Sean “Diddy” Combs, French Montana, Alessia Cara and Melissa Etheridge (featuring DeGeneres herself).

“Later in the night, the hilarious Tig Notaro got up and she decided to perform Adele’s song ‘Hello,’ ” DeGeneres explained. “Now, Tig cannot sing or play piano, but that didn’t stop her, so I got up there and kicked her off the stage.”

RELATED VIDEO: Ellen DeGeneres’ Birthday Bash Brought Out All the Stars – See the Photos of the Famous Guests That Attended

Pink was also there singing her hit “What About Us?” a video of which DeGeneres clipped on her show.

All these A-listers performed for “free,” too — apparently, thanks to Reese Witherspoon.

“Here’s another tip: Make sure you invite Reese Witherspoon. Now I see why she’s such a great producer because she’s the one [who], and I won’t say forced, but strongly suggested everyone should perform,” DeGeneres added.

All and all, DeGeneres was floored by the guest list. “It was an epic night,” she said. “I was looking all around and I was thinking, ‘How is this my life?’ I mean, all of my idols were in one room and they were there for me (and the open bar). And I had so much fun.”

Still, she did find herself having to work just a little bit.

“It was a really crazy mix of people. And it’s so weird, you just assume everyone knows everyone. I was talking to Adele and she sees Pink. And she goes, ‘Oh, introduce me to Pink.’ And I’m like, ‘You don’t know Pink?’ And so I introduced Adele to Pink,” DeGeneres recalled. “And then The Weeknd was like, ‘Is that Michael Keaton? Can you introduce me to Michael Keaton?’ And I was like, ‘Sure!’ So I just went around introducing people to everybody all night long.”

In the end, DeGeneres said the party was a total success — though she says all the fun they had might be why reports are surfacing that the world is facing a tequila shortage.

“I came into work on Monday and I saw [the headlines] and I thought, ‘Oops, I think I’m responsible for that. I think that’s my fault,’ ” she joked. “I don’t want to blame anyone in particular but I saw someone sitting at the bar drinking all night long. I’ll just give her first name: Oprah. Yeah, you can figure out which Oprah it was.” 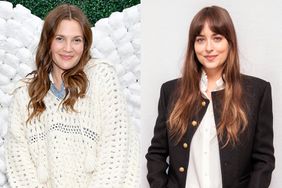 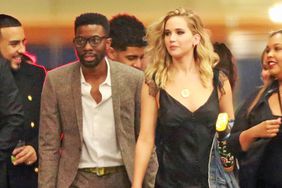 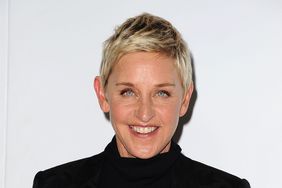 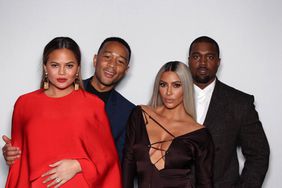 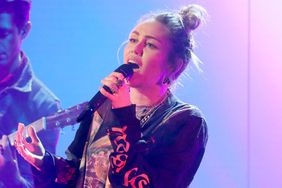