The full trailer for Impeachment: American Crime Story is here.

The upcoming FX drama, starring Beanie Feldstein as White House intern Monica Lewinsky and Clive Owen as President Bill Clinton, is set to premiere Sept. 7. The series will cover the affair between Lewinsky and Clinton, the late '90s scandal that captivated the nation and ultimately led to the president's impeachment.

"As you no doubt heard, you get to work in the West Wing as of this morning. You're going to be working right beside the people who run the world, please, be professional," a group of interns are told in the new trailer, as Owen's Clinton flashes a smile at Feldstein's Lewinsky.

"There's a woman I'm very close to in the midst of an affair with the president of the United States," U.S. civil servant Linda Tripp, played by Sarah Paulson, then reveals.

When someone later tells Tripp that she will lose Lewinsky as a friend for helping to expose the affair, she replies, "I've made my peace with that," before handing over the secret tape recordings of her conversations with Lewinsky.

"This isn't about justice," Coulter says as a man sitting with her asks, "Then what is it about?"

Clinton is later shown being sworn into court for his impeachment proceedings, swearing to "tell the truth, the whole truth and nothing but the truth, so help you God."

Finally, the clip concludes with the former president uttering his infamous words, "I did not have sexual relations with that woman."

Written by Sarah Burgess, Impeachment will primarily be told from perspectives of Lewinsky, Tripp and Paula Jones (Annaleigh Ashford), whose sexual harassment lawsuit against Clinton led to the exposure of his affair with Lewinsky.

Lewinsky serves as a producer on the show, which is based on Jeffrey Toobin's book A Vast Conspiracy: The Real Story of the Sex Scandal That Nearly Brought Down a President.

The anti-bullying activist previously revisited the troubled time in her life for the 2018 A&E documentary series called The Clinton Affair.

"There were many, many moments when I questioned not just the decision to participate, but my sanity itself," Lewinsky wrote. "Despite all of the ways I tried to protect my mental health, it was still challenging." 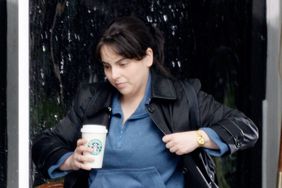 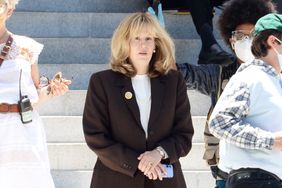 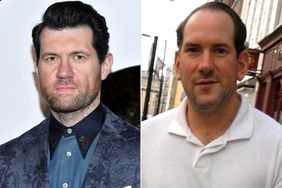 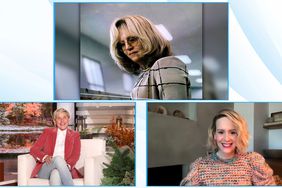 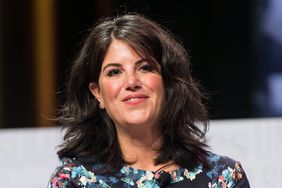