Amanda Overmyer, a Harley-riding nurse from Mulberry, Ind., with a voice like Janis Joplin‘s, was cut from American Idol Wednesday, narrowly missing a spot in the top 10.

Overmyer, 23, was the last contestant to find out that she was in the bottom three after Kristy Lee Cook and, surprisingly, Carly Smithson, a season 7 favorite, were also told they may have the lowest number of votes.

“It’s been a run,” she told host Ryan Seacrest, of her time on the show. “I’m not going to go on the tour, but number 11 out of all them is more than I could have ever expected.”

Only the top 10 contestants go on the American Idols Live tour, which follows the show’s finale.

After singing “Back in the U.S.S.R.” on Tuesday’s Beatles night, Overmyer’s reviews were mixed. Randy Jackson gave her “seven out of ten,” while Simon Cowell said she was predictable and echoed Paula Abdul‘s suggestion that she sing a “vulnerable ballad” to break out of her rock ‘n’ roll habit or risk becoming boring.

“Ballads are boring,” Overmyer said with a laugh. “I have a minute and a half to show America what they would see if they came to my show and bought a ticket to see me … so that’s what I’m doing. I want to say, ‘Hey, that chick looks like fun. I want to go see that show.'”

To that, Cowell said, “Your tickets aren’t on sale yet.”

“Even if I need to sell out a local bar in Lafayette,” she replied, “That’s all I’m saying.”

'Idol' : Amanda Overmyer Has Her Best Night Yet 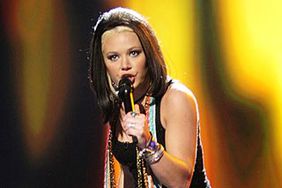 Amanda Overmyer: Fame Won't Be a 'Unicorn That I Keep Chasing' 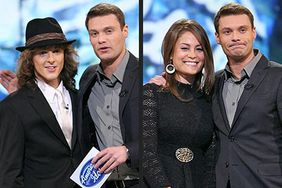 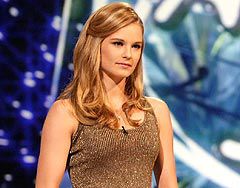 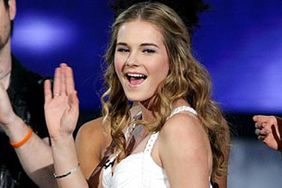 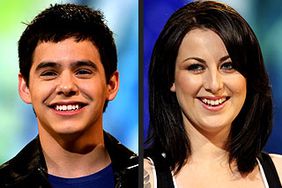 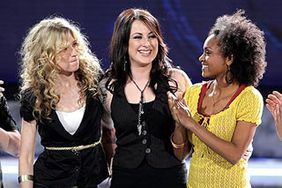 Carly Smithson: The Girls Struggle to Get Votes 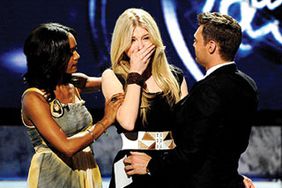