The International Alliance of Theatrical Stage Employees is preparing to strike on Oct. 18. What does that mean for Hollywood?

On September 21, the International Association of Theatrical Stage Employees called for a strike authorization vote, which could potentially result in a historical work stoppage in Hollywood. Upwards of 60,000 union members could walk off the job, which would mean shutting down TV and film production, not just in Los Angeles, but nationwide, affecting everything from pre-production to film editing. Here's everything you need to know:

IATSE stands for International Association of Theatrical Stage Employees. It's a labor union that represents 150,000 people in across the entertainment industry, including electricians, camera operators, costumers, makeup artists, special effects, hair stylists, script supervisors and more. These employees are often called "below-the-line" workers, but are essential to production of any film or television show.

AMPTP stands for Alliance of Motion Picture and Television Producers, and they are the trade association "responsible for negotiating virtually all industry-wide guild and union contracts," according to their official website.

What Are IATSE Workers Asking For?

IATSE outlined the working conditions they hope to improve in a statement on their website. These include:

In short, though money is a part of the problem (with IATSE members saying that the lower pay scale they earn for streaming services like Apple TV and Paramount+ doesn't keep up with the budgets the streamers are spending on the shows), there's also a quality of life issue: Demand for their work is off-the-charts with the advent of streamers, and they often don't get sufficient rest periods not just in between working days but also in between jobs. The union wants a minimum 10-hour break between the end of the workday and the next call time (allowing them an hour commute and eight hour rest period), as well as mandatory 54-hour turnarounds on weekends.

In their statement, IATSE asserted, "Management does not appear to even recognize our core issues as problems that exist in the first place." They stated in a letter to legislators, "The AMPTP's refusal to budge has created a deadlock, leading to the strike vote. They keep characterizing these issues as being about 'money' but really, they are primarily about equity, health, safety and planning."

IATSE workers have also been sharing their stories on social media. One account, ia_stories, has been sharing firsthand accounts from workers who have faced some of the conditions outlined above.

Why Are IATSE Workers Preparing for a Strike?

On September 20, Indiewire reported that IATSE released a statement to their 150,000 workers across 13 Hollywood locals that a vote on a strike was impending.

IATSE president Matt Loeb and the leaders of the 23 local unions said in a Sept. 21 letter, "Negotiations for the Area Standards Agreement have ground to a halt. Today the AMPTP informed the IATSE that they have no further changes to their last position. This failure to continue negotiating can only be interpreted one way. They simply will not address the core issues we have repeatedly advocated for from the beginning. As a result, we will now proceed with a strike authorization vote to demonstrate our commitment to achieving the change that is long overdue in this industry."

Days later, IATSE sent out letters to legislators in New York and California, saying that "a strike would effectively shut down" California and New York's film and television production, according to Deadline, who shared the letter in full. In the letter, IATSE made clear again their position that the AMPTP "is refusing union proposals to provide safe working conditions, including meal and rest periods for our members ... Given their position, the International Alliance of Theatrical Stage Employees is compelled to call for strike authorization vote."

The strike authorization vote is expected to begin on Oct. 1, with results announced on Oct. 4.

How Could This Affect the Film and Television Industries?

According to Deadline, the AMPTP countered these statements by saying that they are "committed to reaching an agreement at the bargaining table that balances the needs of both parties and will keep the industry working."

They added, "It is unfortunate the IATSE has gone down the path of publishing false information about the negotiations. This approach unnecessarily polarizes the bargaining parties and elevates tensions at a time when we should be focused on finding ways to avoid a strike."

A strike, they warned, "will have a devastating impact on the industry and inevitably will result in thousands of IATSE members losing their income, failing to qualify for health insurance benefits, jeopardizing funding for the pension plan and disrupting production."

On Sept. 27, IATSE members also performed the collective action of cancelling their streaming subscriptions, according to Variety. One of the group's grievances is that, though film and television production has largely shifted to streaming giants like Netflix, that is not reflected in their current wages.

As they stated in their letters to lawmakers, if the strike is authorized on October 4 and IATSE and AMPTP do not come to an agreement amenable to both parties, it is possible that tens of thousands of IATSE workers could walk off the job, bringing the industry to a halt. It should be noted that IATSE has never in its history gone on strike.

Even if the members do not strike, receiving a "yes" vote would give IATSE greater leverage at the bargaining table.

When Will the Strike Happen if a Deal isn't Reached?

The IATSE President announced on Oct. 13 that the union will strike Monday Oct. 18 at 12:01 a.m. PT if a deal isn't reached in the next few days.

Loeb said that the union "will continue bargaining with the producers this week in the hopes of reaching an agreement that addresses core issues, such as reasonable rest periods, meal breaks, and a living wage for those on the bottom of the wage scale," according to Deadline.

He continued, "the pace of bargaining doesn't reflect any sense of urgency," and that "without an end date, we could keep talking forever. Our members deserve to have their basic needs addressed now."

The union has created a "strike clock" counting down the time until they take action.

How Did the AMPTP Respond to the Confirmed Strike Date?

On Wednesday, the AMPTP responded in a statement saying, "There are five whole days left to reach a deal, and the studios will continue to negotiate in good faith in an effort to reach an agreement for a new contract that will keep the industry working."

Two membership town hall meetings will be held on Thursday to discuss strike preparations and expectations if a strike starts on Monday. The meetings will occur at 7 p.m. ET and 7 p.m. PT.

Who Has Supported the IATSE Workers?

On Sept. 30, 120 members of Congress, led by Congressman Adam Schiff (D-Calif.) and Senator Alex Padilla (D-Calif.), declared their support of the IATSE strike in a letter addressed to Carol Lombardini, the president of AMPTP. It read, in part, "we're unified in our belief in the importance of living wages, sustainable benefits and reasonable rest periods between shifts and during the workday."

Other major guilds (including the Writers' Guild of America, SAG-AFTRA and the Directors' Guild) have shown solidarity, and many celebrities have also spoken out in support of the IATSE, including Viola Davis, Billy Eichner, Mindy Kaling, Anna Paquin and Kerry Washington (see even more below). 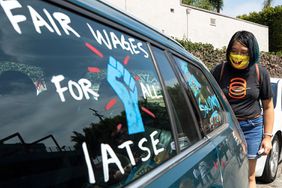 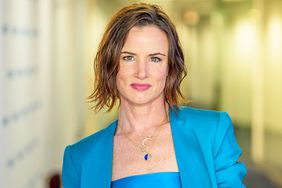 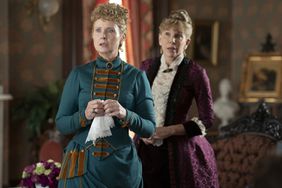 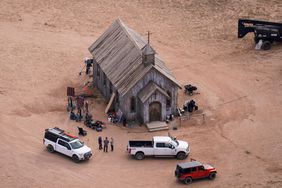 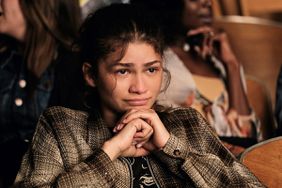 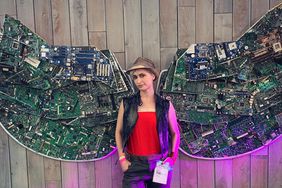