"I loved Ed more than I know how to explain," says Valerie Bertinelli, who shares their love story in Enough Already: Learning to Love the Way I Am Today, which is excerpted exclusively in this week's PEOPLE

That's what Valerie Bertinelli said through tears to her first husband Eddie Van Halen as he was dying of cancer in late 2020.

The two had shared almost four decades of "love, anger, frustration and friendship" and raised a son they adored, Wolfgang, before the rock musician died on Oct 6, 2020, at age 65.

"I loved Ed more than I know how to explain," says Bertinelli. "I loved his soul."

The 61-year-old star and Food Network host tells the story of how she said goodbye to the man she calls her "soulmate," in her new memoir Enough Already: Learning to Love the Way I Am Today, excerpted exclusively in this week's PEOPLE.

For more on PEOPLE's cover story with Valerie Bertinelli, listen below to our daily podcast on PEOPLE Every Day.

"We were portrayed as a mismatch," she writes of their early years. "The bad boy rock star and America's sweetheart but privately, Ed wasn't the person people thought he was and neither was I."

Though their love was strong, the pair's marriage was tumultuous at times. "I hated the drugs and the alcohol but I never hated him," she says. "I saw his pain."

Even after their divorce in 2007, and as both went on to remarry in later years, they shared a bond — one that grew closer as his cancer spread and Eddie faced death.

On Thanksgiving Day 2019, he came by her home and asked her to speak privately. Once they found a quiet spot in a friend's car, he handed her a small bag with a pendant-sized gold bar that he bought while getting cancer treatments in Germany.

"I hope you don't think it's weird, you know, that I bought my ex-wife this gift and didn't get my wife anything," he told her with tears in his eyes. "I just love you."

"He wants me to know he messed up [during our marriage]," she writes. "I contributed to our troubles too and I am also sorry."

In the final weeks of his life, she and Wolfgang spent every day in the hospital, where Eddie was surrounded by his loved ones, including his second wife, Janie Liszewski, and his brother, Alex Van Halen.

They were also there with him in the final moments.

Still, she has regrets how she sometimes held herself back from getting too close to her former husband when he was so sick. They were both married at the time (she to her second husband financial planner Tom Vitale and Eddie to Liszewski).

Both marriages, the Hot in Cleveland alum says, were struggling.

"There is no chance we are going to get back together," she writes, "but I do know if one of us were to open up, the other one would too, and I don't want to get into that."

Watch the full episode of People Cover Story: Valerie Bertinelli on PeopleTV.com or on the PeopleTV app.

Now that he is gone, Bertinelli acknowledges the complexity and depth of their relationship may be hard for others to understand.

"I can't explain the feelings Ed and I had for each other," she says. "Who really knows had he not died. I doubt it. I loved him more than I know how to explain and there's nothing sexual about it. It was more than that. And Ed and I understood that."

"There is no greater love than what we had between the two of us and with that, we made this beautiful son," she adds.

Their close bond, however, was not a factor in her decision to file for separation from Vitale in late November.

"We grew apart," she says. "The decision has nothing to do with my love for Ed. I wish Tom the best and I know he feels the same way about me."

In addition to her love for Eddie, Bertinelli also writes about how the loss has taught her to live more in the moment, and to stop judging herself and her weight so harshly — something she has struggled with since her teens.

"The book is more vulnerable than anything else I've ever written," says Bertinelli, who is now hosting the 11th season of Kids Baking Championship.

Still, she hopes it will help others who sometimes see themselves in her struggles. As she says, "Sharing makes us feel less alone."

Bertinelli's memoir, Enough Already: Learning to Love the Way I Am Today, will be released on Jan. 18. 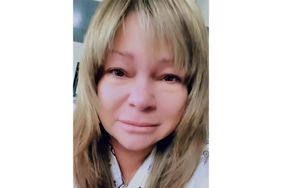 Valerie Bertinelli Gets Teary After Critical Comment About Her Weight: 'Where's the Compassion?' 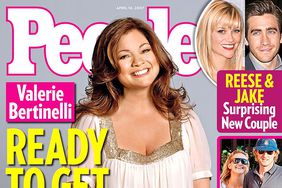