The former 19 Kids and Counting star, who's married to Derick Dillard, has been open about "distancing" herself from her famous family. See how she (and her sisters) have taken steps in their own directions

Distancing Herself from Her Family

Over the past few years, fans have seen Jill Duggar Dillard's relationship with her family significantly change and now, she's finally opening up about why.

After 19 Kids and Counting was cancelled in 2015 and she went on to star in the spinoff, Counting On, Jill surprised everyone by quitting the show — later explaining she was hoping to take back ownership of her family's life.

"Our control to choose what jobs we were allowed to accept and even where we were allowed to live was taken away from us," Jill told PEOPLE in October 2020, adding that any goals they had as a couple that might conflict with those of the network of her family were discouraged.

Derick, who was finishing law school, said, "The first few years of our marriage, we spent time and money working towards opportunities only to hit a dead end when we'd be told, 'Well, you're not allowed to do that.' "

The couple's decision to "pull out completely to reevaluate and get our bearings ... didn't go over well with anyone" at TLC or with Jill's family.

Fighting to Get Paid for Her Time on TLC

Jill had to get help from a lawyer to finally get paid for her years on TLC's 19 Kids and Counting and the family's spinoff, Counting On. Her father, Jim Bob, was reportedly the primary payee for 19 Kids and then for Counting On, which came with an estimated $25,000 to $45,000 per episode paycheck. Yet Jill told PEOPLE in October 2020 that she didn't receive any compensation until she quit the show in 2017.

"That's when we got an attorney involved and finally recovered some of the money," she said, adding, "It was a process." (TLC declined to comment.)

Even then, the amount was nowhere near what she felt she was due. "It probably ended up being a little more than minimum wage," Derick revealed in a video on their Dillard Family Official YouTube page. "But we were able to recover at least something."

Deciding to Use Birth Control

Fans were shocked to learn that Jill uses birth control, a decision that is not condoned by her ultra-religious family. (In 2014, after having her 19th child, mom Michelle said she'd welcome as many as "God saw fit to give.")

"Growing up, it was ingrained in me that if you don't have as many kids as you're able to, that there's something wrong with that," Jill told PEOPLE. "But there was a shift in me where I felt like it wasn't wrong if you decide as a couple that it's best for you to wait."

Jill shares sons Israel David and Samuel Scott with husband Derick, whom she wed in 2014.

"Children are a blessing, but that doesn't mean that at all costs you should have as many kids as possible," she continued.

"I think you need to do what's healthiest and best for your family," said Jill, adding that she and Derick rely on "non-hormonal birth control."

Wearing Jeans, Getting a Nose Ring & Going to Therapy

In a Sept. 23, 2020, YouTube video titled "Q&A: Babies, Pants, Nose Ring, Tattoos & Faith," Jill opened up about a variety of personal decisions that she's made in recent years, including wearing pants, her big haircut, getting a nose ring, participating in therapy and being open to getting a tattoo. (In the Duggars' religious tradition, girls keep their hair long and only wear skirts.)

Jill explained that making decisions together with her husband and "having healthy boundaries" have helped them feel content with their choices.

Derick further noted that "not being closely associated with the show anymore kind of allowed that decision to happen more organically."

On Nov. 30. 2021, the former reality star shared that she dyed her hair blonde, unveiling the lighter locks on her Dillard Family blog.

"So, today I dyed my hair for the first time ever," Jill wrote of the smiling shots, which show off her newly transformed hair.

Arkansas hair stylist Michelle Gambo posted a video on Instagram of the "priceless" moment she revealed Dillard's fresh color, which prompted shrieks of excitement from the mom of two. In the caption of the post, Gambo explained that "Jill had level 6 virgin hair to start."

After posting a sweet photo on Instagram in September 2020 from her date night with husband Derick, Jill confirmed that the drink in her photo contained alcohol.

"Drink looks amazing what is it?" a fan asked.

The commenter then questioned: "virgin pina colada or regular?"

After causing a frenzy with her drink choice, the star spoke out about her surprising decision.

"We have boundaries," Jill told PEOPLE in September. "In our faith, we believe, like, we're not supposed to get drunk. So, with drinking, it's not like we're just like going crazy. It's more socially here and there, or at home, for a date or something. Our kids are pretty young right now, but I think it's good for them to see a healthy balance."

"Growing up, the whole idea of drinking was not encouraged," Jill said. "I know my parents would not be happy with it, and I know that my siblings, some more than others, would probably have an issue with it. Other ones would probably be like, 'Whatever's good for y'all, that's fine. Live your life.' So far nobody's said anything to us about it."

The post garnered a lot of positive comments from fans and followers, saying that they loved the "super cute" styles.

Jill hasn't been the only one to change up her hair. Sister Joy-Anna Duggar debuted bangs in November of 2019 and her sisters approved.

Jinger also made the cut, showing off her dramatic chop on Instagram in February 2020.

"As Valentine's Day slowly approaches, I thought it would be nice to go for a new hairdo!" she captioned the post. 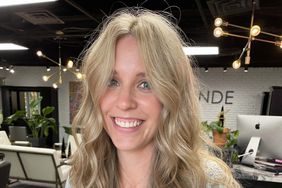 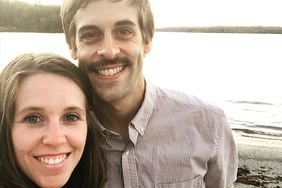 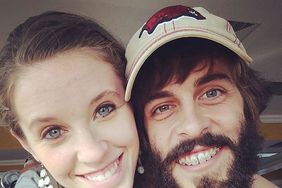 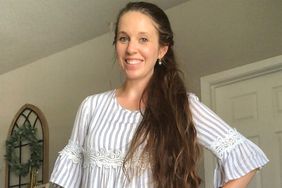 Why Jill Duggar Dillard Decided to Drink Alcohol: 'I'm Okay with People Not Being Okay with It' 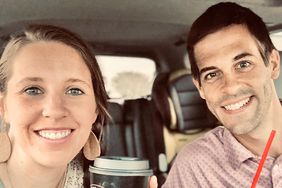