How 'Jeopardy!' 's James Holzhauer Is Using His Winnings to Help Others

"It's nice to be able to have a voice," James Holzhauer tells PEOPLE. "Especially for people who need it."

James Holzhauer had no idea just how much his life was going to change after his 32-game winning streak on Jeopardy!

During his run, he earned nearly $2.5 million and captivated the nation. In an instant, he went from being an unknown Las Vegas sports gambler to an overnight celebrity who now can barely walk down the street without getting approached by fans.

Now, two months after he was finally bested on the show on June 3 (in which 14 million viewers tuned in), James — who is the fourth highest-winning contestant in the show’s 35 years — says life has somewhat settled down. “I’d say my phone never stops ringing, but it’s more like my email now never stops pinging,” he tells PEOPLE with a laugh.

Still, he and his wife Melissa, 37, suddenly found they had to decide what to do with their newfound platform.

“We knew we wanted to do a big philanthropic push,” says Melissa of how to handle the sudden fame — and yes, money — and parlay it into something good.

The couple asked around about local charities, and soon learned of Project 150, a foundation that helps homeless teenagers in Nevada attend and finish high school. “Las Vegas has to be one of the most inhospitable places to not have a place to sleep at night,” says Melissa of the area’s climate. “I went to the website and watched their videos, it broke my heart. I knew I wanted us to really get involved to help them out.”

She adds that for most kids going to school, “there are things most of us don’t have to think about — like showers, toilets, hygiene products, food, clothing. Project 150 is providing all of that.” She notes that the foundation’s next push, after getting kids through high school, is to help them with tutoring, mentoring and financial literacy programs so they can also attend college.

“Can you imagine going from being a teenager who doesn’t even know where they’re going to sleep at night to being able to go to college?” she says. “It’s incredible the work they’re doing.”

For his part, James, 35, who has also donated money to pancreatic research in the name of Alex Trebek, who is currently fighting pancreatic cancer, says he’s also been beyond impressed by the teens that Project 150 is helping. “These are kids who have every excuse to just give up on school and life, but Project 150 is making sure they don’t do that. They are working really hard. Some of them are the breadwinners of their families,” he says. “It’s incredible to read their stories and see that despite everything, they’re doing whatever they can to get another chance at life.”

He adds, “They believe [high school] is their chance at breaking the cycle of poverty, and they’re really bringing themselves up by their bootstraps. They do talk about all the struggles they go through, and yet they still make it to school.”

As for what’s next for the trivia whiz, other than returning to Jeopardy! this fall for its Tournament of Champions, Holzhauer says he’s still mulling over what he wants to do.

“There are lots of doors opening for me,” he says. But for now, he’s content to continue raising awareness, donating and fundraising for Project 150. “It’s nice to be able to have a voice,” he says. “Especially for people who need it.”

To donate to Project 150 or learn more, please visit Project150.org 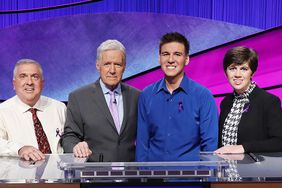 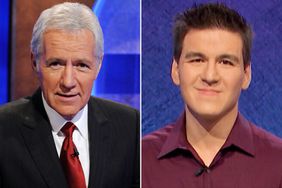 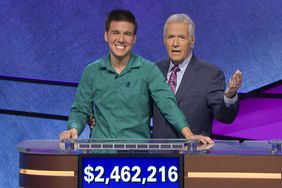 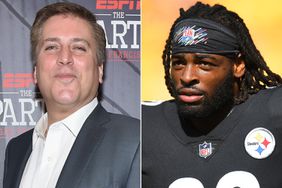