"I found my father to be uniquely funny in the role. [And] no one else felt like my real mom," Ansari said

Nepotism usually works the other way around.

But when it came time to cast actors to play his parents on his new Netflix comedy Master of None, Aziz Ansari found no one who could do the job better than his own mother and father.

“I found my father to be uniquely funny in the role. [And] no one else felt like my real mom,” Ansari told reporters of his mother, Fatima, and father, Shoukath, at a Television Critics Association panel at the Beverly Hilton Hotel in Beverly Hills on Tuesday.

“[Executive producer Mike Schur] pulled me aside one day when we were shooting and said, ‘Hey, we have this thing for your parents. Do you think your dad and mom would want to do it?’ And my mom was just, like, ‘No. I would never do it.’ And my dad was, like, ‘I’m in,’ ” Ansari said.

But this isn’t the first time Ansari’s father, a gastroenterologist, had expressed a desire to become an actor.

RELATED: The Ladies of Parks and Recreation Crack Themselves Up

“Whenever I would leave the room, my dad would pull Alan aside and be, like, ‘Hey, what about writing, like an old, Indian gastroenterologist into the world of Parks,” Ansari said.

Ansari said his father did a “great” job and is featured “a lot” in three episodes of the upcoming series, but there may be one downside to Ansari’s dad becoming a working actor.

“There are a lot of people in North Carolina with stomach trouble going, ‘Where is my doctor?,” joked Schur.

Master of None is slated to debut Friday, Nov. 6 on Netflix. 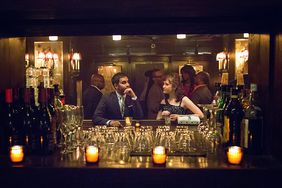 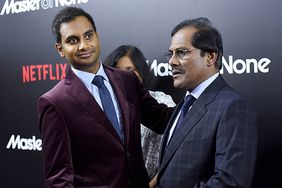 Aziz Ansari Shares Touching Words From His Dad: 'I Instantly Collapsed Into Tears'