Two programs shelve a controversial clip after pressure from publicists, stars and execs

Entertainment Tonight and The Insider have announced they will not show a January 2006 video purportedly showing drug use at a party attended by Heath Ledger – but the move came after some intense pressure from Hollywood publicists, actors and studio executives.

A petition circulated by the late actor’s publicist, Mara Buxbaum, called the intent to show the video on the program’s regular broadcasts “shameful exploitation of the lowest kind,” according to Reuters.

“There were a lot of people who were so appalled. They stood up for what was right,” said Buxbaum.

The Associated Press reports that in addition to high-powered public-relations firms that lodged their complaints directly to E.T. and The Insider, so did stars and studio executives.

According to AP, The Insider teased the video, noting that there was nothing on the video showing Ledger taking any drugs. The wire service quotes an unnamed source saying the entire video shows Ledger pointing to his tattoo of “M” (for his daughter, Matilda) and saying, “this is to remind me never to smoke weed again.”

As for ET and The Insider, the shows said in a statement: “Out of respect for Heath Ledger’s family, Entertainment Tonight and The Insider have decided not to run the Heath Ledger video that has been circulating in the world media.” 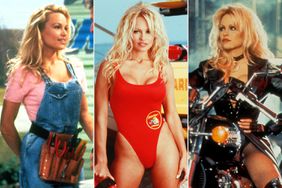