"I am making this movie for my son RJ," Hallmark star Holly Robinson Peete said in a statement of Rodney Jr., who was diagnosed with autism at 2 years old

Hallmark is continuing the work to make their TV movie lineup more inclusive, announcing their first holiday film to feature a character on the autism spectrum.

The network has announced that production is set to begin on The Christmas Bond, to air later this year, starring Holly Robinson Peete, Lyriq Bent and Nik Sanchez, who is a young actor with autism.

"As a single mom (Peete) and her teenaged son with autism (Sanchez) come to a crossroad during Christmas, she must learn to let go so he can flourish and finds her own heart healing in unexpected ways," a plot description from Hallmark reads.

For Peete, 57, the project is a personal one, as her son Rodney Peete Jr., 23, is on the autism spectrum.

"I am making this movie for my son RJ, others with autism and their families," Holly said in a statement. "I am grateful to Hallmark for bringing this story to screen with authenticity, respect and hope."

Holly Robinson Peete on How Her Son Has Progressed Since His Autism Diagnosis: 'I'm So Blessed'

The 21 Jump Street alum has been a vocal advocate for autism awareness since revealing Rodney Jr.'s diagnosis in 2007. She assists families of children with autism through the nonprofit HollyRod Foundation, which she started with her husband, retired NFL player Rodney Peete, 55, in 1997, also providing support to those living with Parkinson's disease.

"He's such a genuine kid," she told PEOPLE of Rodney Jr. in 2018. "I wanted people to see that and fall in love with RJ, and then they wouldn't be so scared of autism. I think he's a great ambassador, and I knew his spirit and personality would come through."

RELATED VIDEO: How One Organization Is Helping People With Autism Launch Careers in Animation & Digital Arts

At the time, she raved about Rodney working "his dream job" as a clubhouse attendant for the Los Angeles Dodgers. "I wouldn't change RJ for the world, but I would change the world for RJ," Peete added.

Produced by Charles Cooper and directed by Kevin Fair from a script by Marcy Holland and a story by Camille Thomasson, The Christmas Bond will premiere in late 2021 as part of Hallmark's "Miracles of Christmas" programming event. Holly, Orly Adelson, Allen Lewis and Denielle Jackson are executive producers on the Box Road Production. 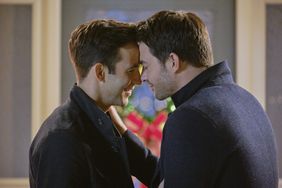