Kotb and Schiffman have been dating since 2013, after they met through mutual friends at a Wall Street event

It has been six, blissful years for Hoda Kotb and Joel Schiffman!

On Wednesday, the Today co-anchor, 54, celebrated her six-year anniversary with her longtime boyfriend, 61, in a sweet Instagram post.

Though the post came a day late, Kotb sweetly acknowledged how much life has changed for them since they first started dating in 2013.

“Yesterday marked 6 years with this incredible man. 6 years..2 children..2 new jobs…1 grateful heart ♥️” she captioned a photo of the pair smiling at dinner with Schiffman’s arm wrapped around her.

In a final note, Kotb thanked her friends Joanne LaMarca Mathisen and Tyler for setting them up. “ps thank you @jolamathisen and #tyler.. if it weren’t for you two.. we never would have met on that night.”

Kotb and Schiffman first met at a Wall Street event in 2013 and dated quietly for a couple of years before going public in 2015.

Kotb previously opened up about her relationship with Schiffman and the possibility of them ever tying the knot during an appearance on Watch What Happens Live with Andy Cohen with her Today show co-anchor Savannah Guthrie.

When asked if wedding bells were in their future, Kotb responded, “I love Joel. I mean, I’m going to be with Joel until my last breath — I know that.”

“So you might Goldie and Kurt it?” asked Andy Cohen, referring to Goldie Hawn and Kurt Russell, who have been happily unmarried for 36 years.

“Yeah, I think we might,” Kotb said with a smile. “I kind of like their vibe, don’t you think?”

The mom of two, who was previously married to Burzis Kanga from 2005-2007, echoed those same thoughts on marriage again while on The Ellen DeGeneres Show in January 2018.

“Maybe, we might,” Kotb said of a future marriage at the time. “I feel like everything’s great. He’s Haley’s dad. I’m Haley’s mom. We’re together.”

“I feel like there’s not a rush other than we’re old, and we probably, if we’re going to do it, we might as well do it. But I think it’s fun like this. I don’t mind it,” she added. “We’re enjoying our lives. Yeah, I think we’re good this way.”

RELATED VIDEO: Hoda Kotb Opens Up About Adjusting to Life as a Mom of Two: ‘In a Blink, Life Changes’

The Today co-host also revealed on the show that she knew Schiffman was the one when she brought up the idea of adopting children and he was instantly onboard.

“I had thought about having kids for a long, long time,” she told DeGeneres. “But one day I was sitting with my boyfriend and I said to him, ‘I’m going to have to talk to you about something because I can’t push it down anymore.’ I said, ‘Don’t answer now. Take a day, take a week, take some time. But I want to talk to you about this.’ And he said, ‘Okay, what is it?’ And I said, ‘I would like to explore adoption with you.'”

Kotb said Schiffman, who has his own adult daughter currently studying law, didn’t hesitate: “He looked at me and said, ‘I don’t need a day.’ And I knew I’d chosen the right man.” 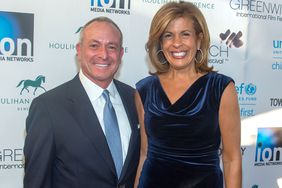 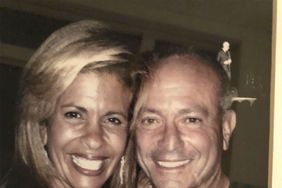