Hoda Kotb and Jenna Bush Hager are more than ready to say farewell to 2020!

In an exclusive interview with PEOPLE, the Today co-hosts reflect on both the challenges and the "beauty" of this past year and how they plan to honor our everyday heroes in their upcoming New Year's Eve special Escape From 2020.

"It's sort of like we're seeing [2020] in the rearview mirror," says Kotb, 56. "We do it with humor, but I have to say in this kind of a year, there are probably more poignant stories than I remember in any other New Year's Eve special."

"I think it's a mixture of the humor that I think helped us get us through the year, but also the beauty," says Bush Hager, 39. "We talk about those that lifted us up and really the heroes that we may not have realized until this year, are heroes. And so I think it's a really beautiful portrait to 2020."

"You'll laugh," adds Kotb. "You'll need a couple of tissues, and you'll probably go, 'Oh yeah, I forgot that was this year.' You'll have some of those moments too."

"If you're like Hoda and me, you might eat a box of Twinkies while we're at it," jokes Bush Hager.

As the co-hosts prepare to say their goodbyes to 2020 in the star-studded special — which will feature the stars of Today, Dateline and more NBC favorites — they recall some of their most valuable lessons and memorable moments of this past year — and what they hope to bring into 2021.

"I think for every single person, when they get to hug someone they haven't seen in a while, that is probably the moment you don't forget," says Kotb, who shares daughters Hope Catherine, 20 months, and Haley Joy, 3½, with fiancé Joel Schiffman. "You can almost close your eyes and exhale and imagine what that would feel like if it hasn't happened yet. So I think [my most memorable moment this year] was when we put [my mom] in a hermetically sealed car and had her drive here. And I think in that moment, seeing her, hugging her was probably my favorite. And then watching her hug my kids just eclipsed that. I mean, I think that moment when you're like, 'Oh my God, this is happening' and they would not let her go."

"I think Hoda's right, that moment a year ago would not seem so huge," adds Bush Hager, who shares daughters Margaret "Mila" Laura, 7, and Poppy Louise, 5, and son Henry "Hal" Harold, 16 months with husband Henry Hager. "You know, a moment of a hug. I think that that really is the beauty of this year; that the moment that we really cherish are simple and yet extraordinary. So it's like sitting around the table with my kids and having this unexpected time together or staring at the moon. There was a supermoon while I was still working from home and we let the kids stay up late. We laid down a blanket and we all looked at it. And that is a moment that seems so simple yet it's profound in our family's life."

And while this year was challenging in many ways, the duo have learned plenty of valuable lessons — including the importance of cherishing the little things.

"I learned probably that I like less of everything," Kotb admits. "I like less every, just maintenance that you do to yourself. Like I realized I don't really like all that stuff. And I also realized that when you don't do the things that you're so used to doing that you need do for work like your nails and your roots and all those things, you actually are stronger. Your nails get stronger, your hair gets stronger, you get stronger. Like it's funny, all the things you're trying to do to cover up stuff, you realize if you just let it be for a minute, it, you actually become stronger all the way around. And I think that goes for like inside and outside."

"I was thinking the same thing," adds Bush Hager. "I think less of everything except time with our family. Like the more of that kind of slow time, uninterrupted time that we both got to have, we're normally traveling and running and this and that for everything. And instead, it was just slower. And I think I like simpler and slower. And I didn't know that until this year."

And while the two women love knowing that their Today segment brings viewers a sense of "comfort," Bush Hager says that feeling extends to the hosts as well.

"I think our show, now it's been about a year, a year and a half and to both of us, I think has been about providing comfort," sadds Bush Hager. "And we get it too. But particularly in the last year, we've gotten to highlight incredible people. So we're constantly lifted up because we're telling the stories of teachers and nurses and extraordinary ordinary people. And that provides us comfort." 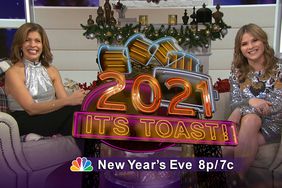 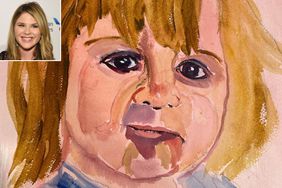 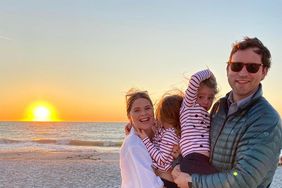 Jenna Bush Hager Rings in 2020 at the Beach After a Big Year Focused on Family: 'How Wonderful Life Is' 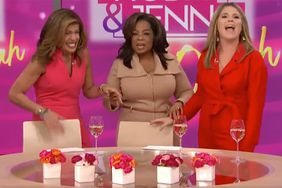 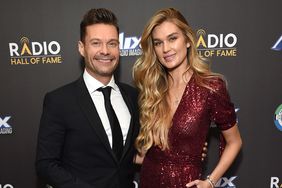