"We'd had kids together. I think there comes a point where you just don't want to go another day by being inauthentic about it," the actress said

Hilarie Burton is one happy wife.

On Tuesday, the One Tree Hill star spoke to PEOPLE at Lifetime’s It’s a Wonderful Lifetime Holiday Movie Press Junket and explained her decision to marry Jeffrey Dean Morgan earlier this month after a decade together.

“We had built this life together,” said Burton, who shares 9-year-old son Gus and 19-month daughter George with the Walking Dead actor. “We’d had kids together. I think there comes a point where you just don’t want to go another day by being inauthentic about it.”

“I have a book coming out in March with Harper One called The Rural Diaries, and it really is about the choices that we made leaving L.A. to go live on a farm in upstate New York,” she added. “It’s not a convenient lifestyle, certainly for our business, but those choices that we made to create that life have really forced us to be, yeah, more authentic with our choices, like the animals have to be fed, the wood has to be chopped, and so we wanted to be a concrete truth, like those things.”

Burton, 37, and Morgan, 53, revealed on Oct. 7 that they had tied the knot over the weekend, contrary to reports that they had already wed years ago. His rep later confirmed to PEOPLE that the couple wed in New York on Oct. 5.

“It was a couple months,” Burton told PEOPLE of the wedding planning process. “It wasn’t a big deal. It was like nothing.”

For her special day, Burton wore a stunning Carol Hannah strapless gown, which she said took the fashion designer only three weeks to make.

“She’s a really cool chick,” she said of Hannah. “I didn’t know she was on Project Runway when I found her. I mean, she did all the bust work and did all the ruffles. She’s a cool, edgy chick that understood exactly what I wanted even though I didn’t know how to articulate that.”

Burton said that her nuptials were “probably the only time I’ll ever wear a white dress in my life.”

“It’s one and done, man,” she added. “And so it fit, it was appropriate for the moment. I didn’t anticipate having a traditional wedding. I thought it was going to be very casual, but as it got planned, it became very traditional.”

The actress also spoke about her and Morgan’s vows, which she referred to as “a strange thing” due to the lack of formality.

“I mean, there was people interjecting and our kids crawling all over us,” she recalled. “And so it was a very conversational thing. I’ve been married on TV, and so it was very different from that, that’s what I’ll say.”

When announcing her marriage to Morgan, Burton shared a sweet Instagram post of a stunning black and white image of their special day captured by photographer Sasithon Pooviriyakul

“This past weekend was the best of my entire life,” she began. “There are dozens of thank yous I need to make. So bear with me over the next week as I gush over the amazing group of people who gave us this beautiful moment. But before we do any of that, Jeff and I just want to put it out there that WE GOT MARRIED! For real.”

“We’ve lived as husband and wife for a decade. We’ve built a family, and a farm and found our community,” she continued. “For years, publications have reported that we got married in 2014 or 2015 and that I’ve been married and divorced before. All untrue. But WE knew our truth. So it felt silly to try and correct anything.”

“I love you Jeffrey,” she concluded. “I love our intimate group of friends and family who joined us. I love the various circles of loved ones who have supported us over the years. It was private and magical and everything I dreamed. So yeah. I’m Mrs. Morgan. 10.5.19.”

She also changed her name on Instagram to Hilarie Burton Morgan.

Her Supernatural actor husband— who looked dashing in Joseph Abboud — kept his caption short and sweet.

“I’d say words… but there aren’t any,” he wrote. “Mrs Morgan…. I love you. Thank you for making me the luckiest man in the world. Xojd.”

Burton, who starred in Lifetime’s The Christmas Contract last year, will star as middle school art teacher Faith in the upcoming movie, A Christmas Wish.

“Faith’s character is someone who obviously puts her job and the kids and everyone else before herself,” Burton said at the junket. “So her little sister comes to town with a cute boyfriend and is very, very happy and wants her older sister to also find some happiness. And so she makes a wish for her older sister that she finds true love at Christmas.”

But the thing that stood out to Burton was the opportunity to “play with all the stereotypes” of what true love actually is.

“As someone who’s done a lot of these movies, there’s repeat offenses, whether it’s like, ‘Oops, I tripped and fell,’ or like, ‘He spilled hot chocolate on me,’” She said. “Those kind of dorky moments get portrayed as romantic, and I don’t buy them. So we get to make fun of them in this.”

A Christmas Wish premieres Nov. 28 at 8 p.m. ET on Lifetime. 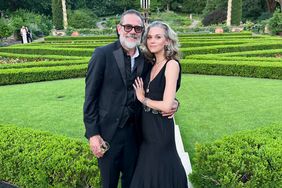 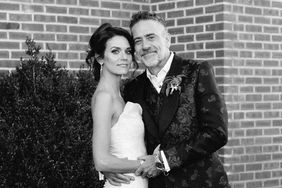 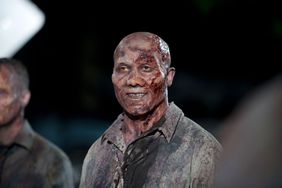 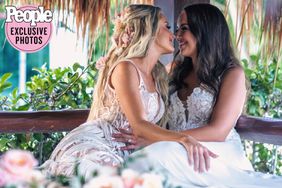 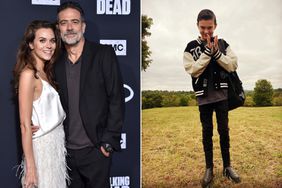 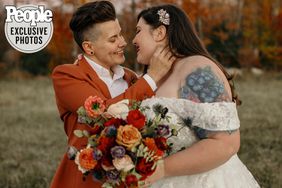 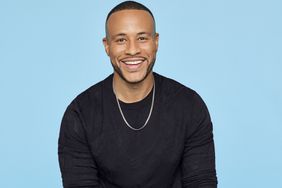