"I truly admire these brave women who are coming forward to share their stories," Klum tells PEOPLE exclusively

Heidi Klum is supporting the “brave women” who have spoken out against Harvey Weinstein, who is embroiled in an ongoing sexual harassment scandal.

“I wish I could say that the horrible stories I read about Harvey Weinstein are a rare occurrence in our society, but that is simply not the case. We would be naive to think that this behavior only happens in Hollywood,” Klum, 44, tells PEOPLE exclusively.

“This is one example of the more pervasive problem of the mistreatment of women around the world. I think it would be hard to find a woman – myself included – who have not had an experience where they have felt intimidated or threatened by a man using his power, position or his physical stature,” the Project Runway host and judge says.

“I truly admire these brave women who are coming forward to share their stories because change cannot come unless there is a dialogue and people are held accountable,” she concludes.

Klum’s statements come after Weinstein, 65, was stripped of his executive producer credit on the Lifetime reality show competition.

Since Project Runway‘s premiere in 2012, the movie mogul’s former studio, The Weinstein Company, has been co-producing the show along with Bunim-Murray Productions.

RELATED VIDEO: Harvey Weinstein Checks Into Luxury Resort Amid Scandal: He Wants to ‘Use His Cell Phone’

A source tells PEOPLE it’s unclear what will happen going forward as TWC owns a majority in Project Runway.

Weinstein’s wife, Marchesa designer Georgina Chapman has often appeared on the show as a guest judge since 2012.

“Production is already completed on the next season of Project Runway All Stars with Georgina,” a rep for the reality Lifetime series confirmed to PEOPLE Thursday. “We have yet to determine an airdate.”

Weinstein has since been fired from TWC and Chapman announced she’s leaving him.

Also on Tuesday, Chapman revealed in a statement to PEOPLE that she had decided to leave Weinstein in the wake of the allegations: “My heart breaks for all the women who have suffered tremendous pain because of these unforgivable actions. I have chosen to leave my husband. Caring for my young children is my first priority and I ask the media for privacy at this time.”

On Thursday, PEOPLE reported that Weinstein checked into a luxury resort in Arizona after jetting out of Los Angeles on Wednesday. The source said the movie mogul was staying at the five-star hotel (which boasts a spa and golf course) because “he doesn’t want to go a place where he can’t use his cell phone.” 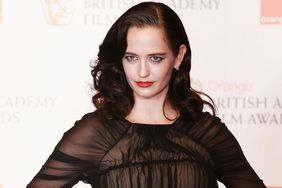 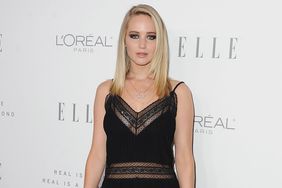 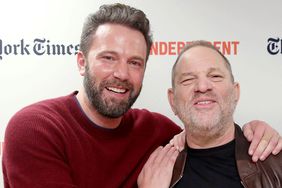 Harvey Weinstein Accused of Interviewing a Prospective Babysitter in His Underwear: Report