"When you are sick and it's not getting better, you think, 'Yeah, I might have that thing because I couldn't get a test,' " Heidi Klum tells PEOPLE of her coronavirus fears before testing negative

Though she has returned to America's Got Talent as a judge, Heidi Klum will be missing from some episodes when season 15 airs this summer.

In March, the model, 46, fell ill on set in Pasadena, California, and did not return to film episodes of the auditions round. Thus, Klum will partially be absent and guest judge Eric Stonestreet, who starred in Modern Family with new judge Sofia Vergara, will temporarily sub in.

Klum, who ultimately tested negative for the coronavirus, tells PEOPLE that it took a "really long time" before she was able to learn her diagnosis.

"If you reverse back in time, you knew that there was something, but we were filming every day with people and an audience. There was no social distancing, no one knew too much about this," she recalls of filming before stay-at-home guidelines were implemented.

"When I fell ill, it was on March 10. I was experiencing fever and sore throat, so I told production and immediately the medic did my vitals and said, 'Yes, you have a fever,' and then I was dismissed," Klum says.

"It felt strange to leave, but that was the right thing to do," she adds. "I told them how I was feeling. They looked at me, checked me out and said, 'Yeah, go home.' Then I was asked to get tested ASAP so that I could go back to work because we didn't know that this was all unfolding the way it did. They were like, 'Okay, get tested as fast as you can.' "

However, obtaining a coronavirus test was not as easy as Klum had thought. "I tried and I went on the search for the test. I was unaware that there were no tests anywhere. I was just asking everyone because we were told that there are tests for everyone," she says.

Vergara, Simon Cowell, Howie Mandel and host Terry Crews continued to film without an audience before production officially shut down. "I only got to tape for five days before I fell ill. And when I fell ill, they continued for, I want to say, another five days. So, I never got to see the changes within our production because when I was there it was a full audience," says Klum, who self-quarantined at her home.

"When you are sick and it's not getting better, you think, 'Yeah, I might have that thing because I couldn't get a test,' " she says. "Then once I did get tested, it took weeks to get [the results] back, which obviously is normal because there were so many people doing the same thing. It took a while, so I couldn't really tell people because I didn't know."

Among the many concerned for her was fellow AGT judge Howie Mandel. "Howie probably called me every day. He's a sweetheart. He was like, 'How are you feeling today?' I was like, 'I still have a fever, Howie. What can I tell you?' " she recalls.

Then, there were others who "worried" about Klum and their own health. "They were all eager, like, 'Do you have it?' Obviously people want to know because they were worried. They were with me the day before or the day before that. They were like, 'Oh my God, I ran into her three days before that, maybe I have it from her.' Then the whole hunt starts and people are scared," she says. "I couldn't tell anyone because I didn't know."

Throughout her recovery, Klum provided health updates on social media for her followers and told fans that her husband Tom Kaulitz also tested negative for the coronavirus.

"It all just came crushing in so fast everywhere. I think everyone was really scared because you watched the news and say, 'Wow, this is not just happening right here. This is happening everywhere.' It was kind of like you're watching a bad movie," she says.

Season 15 of America's Got Talent premieres Tuesday (at 8 p.m. ET) on NBC. 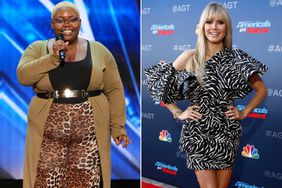 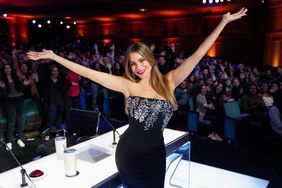 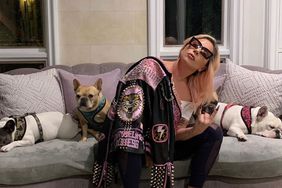 Lady Gaga, Orlando Bloom and More Celebrities Who Are Quarantined Because of COVID-19