"We had a play date in the works for this week and I can't wait for it to be over so I can stop thinking about how I missed our chance to be together," Heather Morris wrote

The 33-year-old actress accidentally drowned while swimming at Lake Piru in Ventura County, California, with her 4-year-old son, Josey. Law officials recovered Rivera's body from the water on Monday, five days after she was reported missing.

On Friday, Morris, also 33, shared another tribute to her former Glee costar on Instagram, revealing the two had a play date for their kids planned for this week. (She shares sons Elijah, 6, and Owen, 4, with husband Taylor Hubbell.)

"The messages are going to trickle out. But you're still here with me. And I'm not done remembering your legacy," Morris wrote alongside a sweet photo of the pals smiling widely with their heads touching.

Morris remembered how Rivera always made her feel good, writing, "You would tell me, 'You look so skinny,' EVERY TIME you saw me and it made me giggle slash I loved it and when I told you how it made me feel... you said 'Well, I'd always like to hear that I look skinny, so I make sure to make others feel good like that.'"

"We had a playdate in the works for this week and I can't wait for it to be over, so I can stop thinking about how I missed our chance to be together. I f------ loved how you drank martinis and no one would know you smoked cuz you were a mastermind at hiding it."

"I’m doing something everyday to honor your strength and it helps me to feel close to you. I love you Nay," Morris added.

Morris first honored Rivera earlier this week, opening up about their close friendship and the bond they shared as mothers.

"We started out as the closest friends and then like all new things, we went through a bit of a rocky phase. However, we stuck by each other’s side and created the most beautiful friendship built out of love and understanding," Morris began her post.

"The last I had the chance to see you in person, I had left oranges outside our home for you to take. I wanted to say hi through the window but my phone didn’t ring when you called (which it never does, f*cking T-Mobile), so instead you and Josey left two succulents on our doorstep as a thank you," she recalled. "I planted those succulents and I look at them everyday and think of you."

"You constantly taught me lessons about grief, about beauty and poise, about being strong, resilient and about not giving a f— (but still somehow respectful ). Yet, the utmost important lesson I learned most of all from you was being a consistent and loving friend. You were the first to check in, the first to ask questions, the first to listen .. you cherished our friendship and I never took that for granted."

RELATED: Naya Rivera's Cause of Death Ruled as Accidental Drowning

Morris explained why she chose to use photos of her children playing with Josey as a tribute to Rivera.

"We never took photos together because we mutually hated taking pictures...our relationship meant more than proof. I have countless pictures of our babies playing, because we shared that kind of pride and joy," she shared. "So I’m showing the world a photo of our little goof balls for you, because I know that meant more than anything and they remind me of you and I."

Rivera played Santana Lopez, a cheerleader and star glee club member, on the musical comedy Glee. She appeared in nearly every episode of the hit show's six-season run and was considered a trailblazer for LGBTQ characters. Santana came out in the 2011 episode "I Kissed a Girl" after developing feelings for best friend Brittany Pierce, who was played by Morris.

Morris and other Glee cast members gathered at Lake Piru to say a prayer for Rivera just before she was found.

Ventura County Sheriff Bill Ayub said Josey told investigators that they swam in the lake together and "he looked back and saw her disappear under the surface of the water" after she helped him onto their rented pontoon boat.

"We believe that she mustered enough energy to get her son back on the boat, but not enough to save herself," Ayub added. 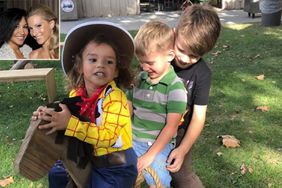 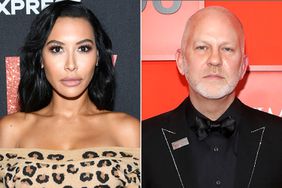