After the Melrose Place alum, 57, was arrested and hospitalized for a possible overdose this past June, she is now facing a new lawsuit against her that claims she physically and verbally abused the EMT who responded to her residence over the summer.

Jennifer Hayn-Hiton responded to the disturbance call on June 24 at Locklear’s home, where she claims the actress kicked her and caused injuries that were severe enough to keep her out of work, according to court documents filed on Thursday and obtained by PEOPLE.

Hayn-Hiton, a single mom of three, also alleges that Locklear wished her young children would die by contracting AIDS.

The EMT is now requesting unspecified damages, in hopes that Locklear will be responsible for covering the medical costs, lost wages from missing work, and pain and suffering fees, according to the court documents.

The lawsuit reportedly came as a last resort for Hayn-Hiton and her lawyer Kevin Flahavan, who allege that they have attempted to reach out and “make amends” with the actress several times.

“This has taken a tremendous toll on our client and her children,” he told TMZ. “When Ms. Locklear went to rehab, we had hoped that she would learn about making amends to those she had harmed.”

“We have reached out to her and she ignored us time and time again,” Flahavan continued. “It became apparent that Ms. Locklear wasn’t going to accept responsibility for her actions on her own.”

A representative for Locklear did not immediately respond to PEOPLE’s request for comment.

Locklear was arrested in June after she allegedly attacked the police officer and EMT who responded to a disturbance call at her residence. Police told PEOPLE that Locklear was “extremely intoxicated” and “arguing with friends and family” when they arrived.

In July, PEOPLE confirmed that the actress was seeking long-term treatment for substance abuse and her mental health.

That same month, Locklear’s ex-husband Richie Sambora voiced his support for the actress, with whom he shares daughter Ava, 21. (Locklear and Sambora married in 1994; their divorce was finalized in 2007.)

“I will of course always be there for Heather and especially Ava,” the 59-year-old Bon Jovi guitarist told the Daily Mail. “I am very proud of my daughter for her composure and strength during this difficult time.”

Around the time of her 57th birthday in September, a source told PEOPLE that she was still at the facility and improving. 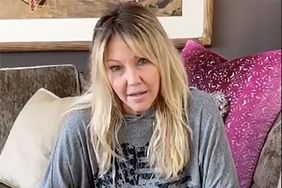 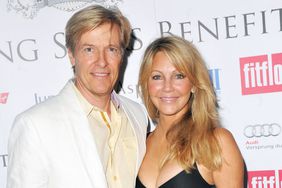