Heather Locklear is seeking help for her battle with addiction.

“Heather is in treatment for addiction,” a friend of the Melrose Place alum tells PEOPLE. “Everyone hopes she gets well, that she gets better.”

“Addiction is obviously a strong disease and as much as friends and family who love her and want her to get better and be happy, no one can do the work for her,” says the friend.

They add, “Hopefully she is getting the help she needs.”

At the end of February, the actress was arrested on suspicion of felony domestic battery and three counts of battery on a police officer. And on Tuesday, police searched her home for a firearm that is allegedly registered in her name. Capt. Garo Kuredjian of Ventura County Sheriff’s Department said her alleged threats against deputies were what prompted the search to seize the firearm, which detectives did not find.

Locklear, 56, has struggled with substance abuse in the past, and this isn’t her first time in treatment. In March 2008, her doctor called 911 reporting that she was suicidal, and that June, she sought help for psychological issues.

Another friend said she “seemed out of it,” and some sources said her depression led he to abuse alcohol. Another pal said she had been taking prescription drugs for anxiety and depression.

Locklear left the Arizona facility after four weeks. But that September, the actress was arrested on suspicion of driving under the influence in California and was formally charged in November 2008 with driving under the influence of drugs. The misdemeanor charge filed by the DA’s office specified that the drugs in question were “prescription medications.” She completed a 30-day in-patient rehab program. However, in January 2009, the case was dismissed.

And in 2012, she was hospitalized after a 911 call was placed from her home, reportedly after she ingested a mixture of drugs and alcohol. After she was discharged, she went “under a doctor’s care” but did not head to in-patient rehab, a source told PEOPLE.

“Her family and friends haven’t given up hope, but they know that for her to get well, she has to want it for herself,” the source said. “She’s the only one who can do it.” 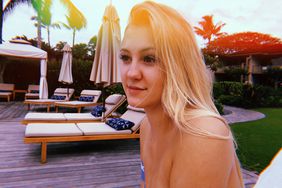