HBO Max Renews Legendary for a Season 2: 'We Knew We Had Something Special'

"Season one was an inspirational and educational journey into the exuberant world of ballroom," HBO Max's head of original content Sarah Aubrey said

Following an overwhelmingly positive response since its debut, HBO Max has renewed the ballroom dance competition series Legendary for a second season.

"We knew we had something special," HBO Max's Chief Content Officer Kevin Reilly said in a news release on Thursday.

"Legendary was an HBO Max, day one premiere. We knew we had something special and are proud that critics and audiences alike have embraced the series. Bringing this incredible work back for a second season furthers our commitment to high quality, compelling storytelling," Reilly added.

Season 2 will be filmed in Los Angeles.

"Season one was an inspirational and educational journey into the exuberant world of ballroom. This series is truly sensational and we are humbled by the back stories of the contestants that make up the heart of the show, our illustrious MC Dashaun and judges panel, and the fantastic team at Scout," HBO Max's head of original content Sarah Aubrey shared.

Scout Productions Chief Creative Officer Rob Eric also raved over the renewal. saying in the press release that "Scout is thrilled and honored that our friends at HBO Max have picked up Legendary for a second season."

"We're also excited to have our amazing judges and Legendary MC Dashaun Wesley returning to the stage for season 2. Our goal is to continue showcasing the exuberant and dynamic world of ballroom through the omnicultural stories of its most talented houses," Eric said.

Back in February, Jamil, 34, opened up about Legendary telling PEOPLE: "I really want to utilize my platform to share with other communities that need to be highlighted."

"I think that this community deserves more attention and more love. And it shouldn't only exist on the outskirts," Jamil shared.

Jamil initially faced backlash about being a judge and executive producer on the show, prompting her to open up about her sexuality. In a tweet earlier this year, the Good Place actress came out as queer and addressed the controversy.

“Twitter is brutal. This is why I never officially came out as queer,” she said. “I added a rainbow to my name when I felt ready a few years ago, as it’s not easy within the south Asian community to be accepted, and I always answered honestly if ever straight-up asked about it on Twitter. But I kept it low because I was scared of the pain of being accused of performative bandwagon jumping, over something that caused me a lot of confusion, fear and turmoil when I was a kid.”

“It’s also scary as an actor to openly admit your sexuality, especially when you’re already a brown female in your thirties,” she added. “This is absolutely not how I wanted it to come out.”

“I know that my being queer doesn’t qualify me as ballroom,” she continued. “But I have privilege and power and q large following to bring this show… Sometimes it takes those with more power to help a show get off the ground so we can elevate marginalized stars that deserve the limelight and give them a chance.”

The final two episodes of Legendary are now available to stream on HBO Max. 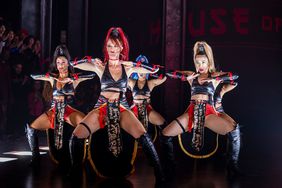 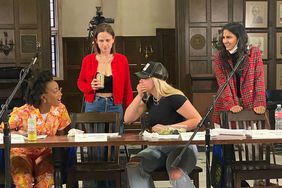 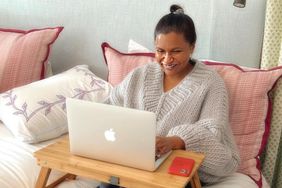