Hayden Panettiere is feeling positive as she enters a new decade of her life.

The Nashville star turns 30 on Wednesday and will celebrate with a low-key birthday dinner with her closest friends, a source tells PEOPLE. Later this month, she’ll mark the occasion with her 4-year-old daughter Kaya.

“Hayden is upbeat, and looking forward to a great year,” the source says.

Still, she has had a challenging year marked by personal struggles. Her hit show Nashville aires its series finale in July 2018, and she took a break from show business. The next month, news circulated that she and then-fiancé Wladimir Klitschko — Kaya’s father — had split.

Since the breakup, Kaya has been living with Klitschko, 43, in Ukraine, although PEOPLE confirms that she sees her daughter regularly. (In February, she posted a photo from vacation with her little girl.)

Shortly after her split from the Ukrainian boxing champ, Panettiere began a romance with aspiring actor Brian Hickerson. At first, it seemed like a casual fling.

“Hayden is in the midst of making decisions about what she wants to do next and needs a break from routine,” one source told PEOPLE. “She’s a young, beautiful girl who is allowed to have a good time. That’s what she’s doing.”

Added another: “She’s a mom and when there’s a break she would be crazy not to let loose and have fun. Don’t expect another heavy relationship now. She still cares for Wlad and loves her daughter.”

He met her family in October 2018. But the budding romance was quickly questioned by those close to the Heroes alumna, especially after the couple was reportedly involved in a drunken altercation with Hickerson’s father, prompting a visit from police. And in May, Hickerson was arrested on a domestic violence charge and released on bail.

While a lawyer for Panettiere told PEOPLE that she has not been in communication with Hickerson recently, a source said that the couple’s relationship is concerning to her loved ones.

“She has to get over this guy,” the source said. “Her friends and family have been worried about her for quite a while, and things seem to have gotten worse. She needs to do some soul-searching… It’s a sad situation.”

The custody situation has also weighed on her, source have said.

“It has been tough on Hayden, but she has to continue making changes in her life, as well as focus on better decisions about what she wants to do personally and professionally going forward,” a show business source told PEOPLE. “Their daughter seems better with her dad and his family now. But Hayden has not abandoned Kaya. She loves her very much.”

Last month, according to RadarOnline, Hickerson appeared in court as a Los Angeles superior judge listened to testimony from the police officer who responded to the domestic violence call on May 2. During the hearing, the judge denied the motion to dismiss criminal charges against Hickerson and declined to consider a lesser misdemeanor charge.

Panettiere’s family exclusively told PEOPLE last month, “We are hopeful that the judge makes the right decision. It’s an important message in terms of domestic violence for all women.” 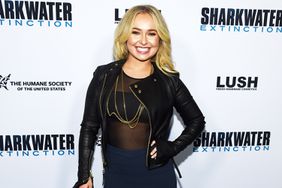