"I am prepared to do my part to make sure this man never hurts anyone again," the actress said in a statement

Hayden Panettiere is hoping to support victims of domestic abuse with her story.

In a statement to PEOPLE on Friday, the actress addressed the alleged abuse she faced at the hands of her ex-boyfriend Brian Hickerson after he was arrested on Thursday and charged with felony assault stemming from previous incidents.

"I am coming forward with the truth about what happened to me with the hope that my story will empower others in abusive relationships to get the help they need and deserve," said Panettiere, 30. "I am prepared to do my part to make sure this man never hurts anyone again. I'm grateful for my support system, which helped me find the courage to regain my voice and my life."

A source close to the actress told PEOPLE that Panettiere is "taking this incredibly brave step as part of her recovery process."

"She has been undergoing successful treatment for alcohol abuse issues and is focused on healing, sobriety and recovery," the source said. "She wants to be honest about what happened in the hope that it may help someone else who is dealing with emotional abuse, intimidation or physical violence."

"This is a turning point for her as she stands up for herself, her family and the many other people impacted by intimate partner violence," the source added.

A criminal indictment obtained by PEOPLE establishes that Hickerson, 31, was arrested on Thursday on multiple felony charges, including four charges of corporal injury on a spouse/cohabitant, two charges of assault, and one of intimidating a witness, his ex-girlfriend Panettiere.

The charges stem from from alleged incidents between May 2019 and June 2020. His arraignment is scheduled for Monday.

According to a spokesperson for the Los Angeles County Sheriff's Department and inmate records, he currently remains in custody and is being held on a $320,000 bail.

The charges come after a source confirmed to PEOPLE on Wednesday that Panettiere had filed to register an out-of-state restraining order against Hickerson in California.

Hickerson was arrested on Valentine's Day in Jackson, Wyoming. He was charged with domestic battery and interference with a cop, both misdemeanor charges in Wyoming, a spokesperson for the Teton County Sheriff's Office told PEOPLE at the time. According to court documents obtained by TMZ, Hickerson allegedly punched Panettiere "with a closed fist on the right side of her face." 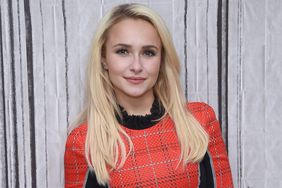 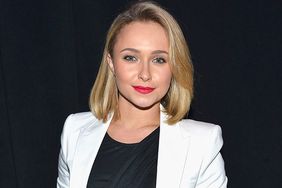 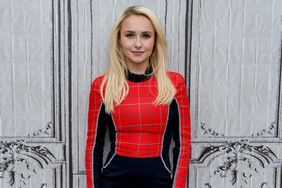