Hayden Panettiere‘s boyfriend Brian Hickerson had another run-in with the law.

On Friday, a spokesperson for the Los Angeles Police Department confirmed to PEOPLE that Hickerson was arrested on a domestic violence charge on Thursday.

According to TMZ, Hickerson got into an alleged physical altercation with the Nashville actress. He was released later Thursday after posting a $50k bond, the outlet reports.

PEOPLE is out to Hickerson for comment. A rep for Panettiere did not immediately respond to PEOPLE’s request for comment.

“Brian has been a bad influence from the beginning,” a source tells PEOPLE. “Hayden’s friends and family are not happy with the relationship.”

In December, Hickerson, an aspiring actor, defended his romance with Panettiere following a report that claimed her friends were worried about the couple’s relationship.

“Just to be clear, Hayden’s friends and family are not worried about her at all,” Hickerson said in a statement to Access.

“Hayden is happy and healthy and so is our relationship,” the South Carolina native continued. “That is all I will comment on so please respect my privacy. Have a great day.”

The rumor came weeks after Panettiere, Hickerson and his father were all reportedly involved in a drunken dispute in October.

Although names were redacted, a police report obtained by PEOPLE from the Greenville City Police Department states that police responded to a call for assault and battery at approximately 11:44 p.m. on Oct. 25 at a residence in South Carolina. The actress’ reps did not return PEOPLE’s requests for comment at the time.

The pair were first linked in August when they were seen grabbing dinner together in Los Angeles shortly after reports circulated that the actress and Wladimir Klitschko, with whom she shares 3½-year-old daughter Kaya, had split.

Since the couple were spotted holding hands in October, Panettiere and Hickerson have become more serious, a source previously told PEOPLE.

“Hayden really likes Brian, has a great time with him, and the romance has gone past a dalliance,” the source said. “She was first attracted to him because he was hot and different, and now she is pretty interested in him.”

Hayden Panettiere's Relationship with Brian Hickerson Is More Than Just a 'Dalliance': Source 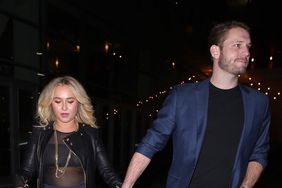 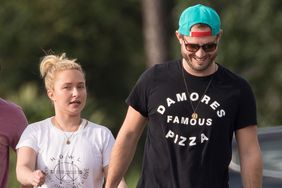 Hayden Panettiere's Boyfriend Insists Their Relationship Is 'Happy and Healthy' 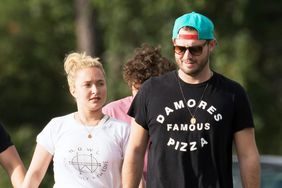