The Flash returns Oct. 4 on The CW

The Flash is getting even more magical in season 3.

As first reported by TVLine.com, the 28-year-old actor will play Julian Dorn, another CSI at the Central City Police Department who has suspicions about Barry Allen (Grant Gustin). It’s unclear what role Dorn will play in the Flashpoint storyline that was recently confirmed (more on that here).

The Flash returns Oct. 4 on The CW. 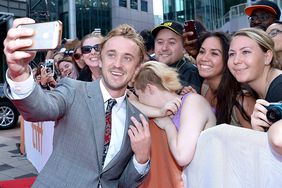