"The pit in my stomach was screaming, 'This ain't it'" she remembered

One year after accepting a proposal from Jed Wyatt on The Bachelorette, Hannah Brown admits she had her doubts.

In a lengthy Instagram post on Monday, exactly a year after the engagement, the Alabama native reflected on the moment — and how their relationship subsequently fell apart. As fans recall, she picked Jed Wyatt over Tyler Cameron and Peter Weber, but later called things off after PEOPLE revealed her fiancé allegedly had a girlfriend when he came on the show.

"Ever look back on a memory and it feels like just yesterday... but also like a different life? Me too. Exactly a year ago today," Brown, 25, captioned a photo of herself alone at the proposal site in Greece.⁣

"I remember that day. I don't like staying there for too long, but I remember it really well," she continued. "I remember thinking, 'Oh, this has all the makings to be the best day of my life...but gah, it doesn't feel like I thought it would.' I didn't have words (or maybe I just didn't have the courage to say them?) but the pit in my stomach was screaming, 'this ain't it' (funny how sometimes it's the people around you that help you articulate your feelings better than you can)."

"I could fake a smile but I couldn't shake the doubt, and looking back, I know why," she admitted. "That ending was not easy, but it was necessary to get me here.⁣"

Despite the heartbreak, Brown has come to view the experience as an important part of her journey.

"If I could go back and tell her something, I would whisper, 'It's going to be ok. You're right, this ain't it, but it's the direction. So open up your hands, and let go of the control. Trust this process, it's going to be worth it. Also, nice butt!'" she wrote. "If you are reading this right now, wondering how to navigate a situation that feels so painful and so not what you wanted, maybe you'll let me tell you what I would've told myself: Hold on. Keep moving. You're going to make it. This ain't it but what's coming is so much better.⁣"

"Sometimes you've gotta walk through the shadows to stand in the sun," she added. "And trust me, you'll really appreciate the way it feels shining down on you, too."

Hannah Brown Says She's 'Triggered' by The Bachelor: Listen to Your Heart After Jed Wyatt Split

Brown's relationships with her final three Bachelorette contestants didn't end there — she famously reunited with Weber, 28, on his season premiere of The Bachelor. During an emotional sit-down, the two briefly considered getting back together, but Weber ultimately decided not to pursue things further.

More recently, fans speculated that Brown had rekindled things with her runner-up Cameron after she temporarily moved in with him in Florida amid the coronavirus pandemic, joining his self-proclaimed "Quarantine Crew."

She and Cameron, 28, kicked off their reunion on March 14 when he picked her up at the Palm Beach International Airport. Romance rumors swelled as the pair documented their time together with flirty videos. But neither publicly confirmed the nature of their relationship at the time, and Brown returned to her home state of Alabama to continue social distancing with her family in early April.

"I definitely want to be in a relationship," she said. "I think I'm finally getting to the point where I could say that I could do that, at this point in my life. I think I needed a little break and definitely took that. But I'm going to be single until it's right. I don't just like, date around really. I date seriously, you know?" 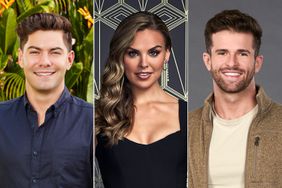 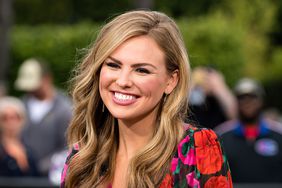