Hannah Brown's memoir God Bless This Mess: Learning to Live and Love Through Life's Best (and Worst) Moments will be published by Harper on Nov. 23

Hannah Brown isn't afraid to admit that — after some highly public breakups and "personal growth moments" — her "life was a complete mess."

On Wednesday, The Bachelorette star revealed she's writing a book, God Bless This Mess: Learning to Live and Love Through Life's Best (and Worst) Moments, about her journey so far, from her pageant years and a "life-threatening health crisis" to her romantic life. Most of all, it's a story of "self-discovery." (God Bless This Mess will be published by Harper on Nov. 23.)

"I feel so grateful for the opportunity to share my journey, including all the highs and lows, with those still figuring themselves out," Brown, 26, tells PEOPLE in an exclusive statement. "I'm still learning and growing but hope that others can take away from my experiences and learn to embrace the messiness and beauty of life. I felt it was important to share my truth, honestly and without the opinion of others."

Hailing from a small town in Alabama, Brown became a household name after appearing on The Bachelorette in 2019 and winning season 28 of Dancing with the Stars. Fans watched as she navigated romance and public opinion.

Brown turned down Tyler Cameron's proposal on The Bachelorette finale in 2019 and got engaged to winner Jed Wyatt. She later called off the engagement after learning that Wyatt allegedly had a girlfriend when he was on the show.

She is currently dating model Adam Woolard. ("You radiate goodness, positivity, and joy," Brown captioned an Instagram post in May, celebrating Woolard on his birthday. "I'm so thankful to be surrounded by your shine.")

Beyond heartbreak, Brown has navigated other forms of personal hardship. In March 2020, her younger brother Patrick Brown revealed he'd been given a "second chance" at life after suffering an overdose. In February, Brown opened up about her longtime issues with her body image, explaining on her YouTube channel that she had struggled with "disordered eating."

In God Bless This Mess, Brown is just as candid. The DWTS alum writes about the challenges she's faced while trying to determine her own path.

12 Stars Who Wrote Memoirs Before They Hit 30

"Fans will be inspired by the never-before-told stories: the ones about facing depression and anxiety during her pageant years, the ways in which therapy and journaling have proven to be a saving grace, and the previously private moments — both at home and on television — that have shaped the star's outlook," reads the book description. "Hannah shows readers how to embrace the messiness that comes hand-in-hand with self-reflection (even it that sometimes means falling flat on your face)."

By sharing the hard lessons she's learned, Brown hopes to inspire her readers.

"Hannah's memoir is deeply felt and moving," says Harper SVP and acquiring editor Lisa Sharkey in a statement. "She doesn't hold back, taking readers through the most challenging moments of her life — everything from a shocking family tragedy, to a life-threatening health crisis, to the behind-the-scenes of her messy early twenties in the public eye."

Sharkey adds, "Readers will see Hannah learn, and struggle, and overcome; and, with renewed faith and gratitude, see her ready to use her experiences to help others." 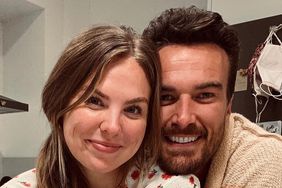 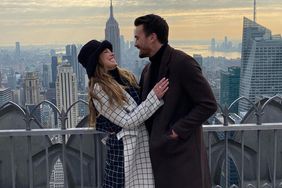