This post contains spoilers from the season 4 finale of The Handmaid's Tale.

Season 4 of The Handmaid's Tale came to an emotional close on Wednesday — ending, in true Handmaid's fashion, with a shocking, and rather bloody, death.

The now-free June Osbourne (Elisabeth Moss) had an outburst at American government representative Mark Tuello (Sam Jaeger) at the end of episode nine, after he revealed that the U.S. would release Commander Fred Waterford (Joseph Fiennes) from prison despite his heinous crimes against her and others.

Throughout episode 10, June wrestled with her lingering feelings of anger towards Fred as he awaited his release, admitting at one point to Emily (Alexis Bledel) that, "A good mother would be able to let go."

June, however, could not let go, even with her husband and friends by her side in Canada. She hatched a plan with the help of former (and maybe current) lover Nick Blaine (Max Minghella), who had been promoted to a commander in Gilead but would still do anything for June and their daughter, Nichole.

Nick and another sympathetic commander, Joseph Lawrence (Bradley Whitford), arranged for Fred to be traded back to Gilead in exchange for 22 women who they would release to freedom in Canada. Knowing that going back to Gilead would spell trouble for him after he had been cooperating with the U.S. government, Fred fought back to no avail.

To his, and everyone's, surprise, though, Fred was not brought to his fellow commanders to stand trial — Nick took him to a remote wooded area where June was patiently waiting for him.

There, June, dressed aptly in a red coat, delivered on her promise to make her abuser feel the fear she once felt as a handmaid. After a group of flashlight-wielding women came out from the woods behind her, Emily among them, June instructed Fred to run for his life.

He didn't get far though, and soon the mob of women unleashed their anger on Fred, beating him to death in a brutal and bloody, if satisfying, scene.

"I'm just thrilled it happened at the finale," Fiennes, 51, told The New York Times of his character's demise. "I think it's great for the audience to have that catharsis."

Though June's primary antagonist is gone, there's still much to explore in the next season of the Hulu drama, including her ongoing quest to retrieve daughter Hannah from the grips of Gilead and whether she will be able to repair her relationship with her husband Luke (O.T. Fagbenle), especially given her clear feelings for Nick.

"When she does this, I think there's an incredible release for her," Moss, 38, told Entertainment Tonight of her character's vengeful murder. "But I think at the same time, there's this feeling of, 'What am I going to do next? Where do I go now?' "

Moss said June had a choice between revenge and her family, "and she chose revenge."

"And that is an incredibly devastating choice for her family, for Luke, obviously," the actress added.

Fiennes told ET that the ending could spell June's "fallout" in season 5.

"If you seek to extinguish the thing that troubles you most and you want revenge for at least some sense of justice, there's the danger that you might become the thing that you destroyed," he said.

Season 4 of The Handmaid's Tale is streaming now on Hulu. 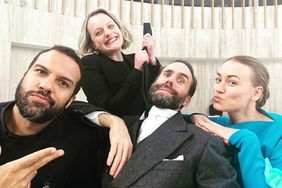 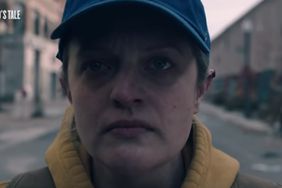 'The Handmaid's Tale' Season 4 to Premiere in April — See the New Teaser!

'The Handmaid's Tale' Season 4 Drops on Hulu: 6 Things to Remember Before Watching the New Episodes 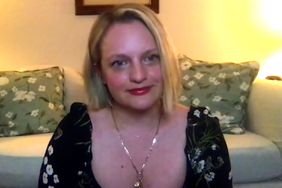 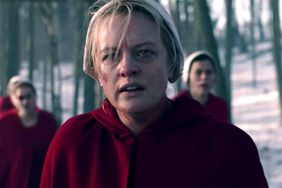 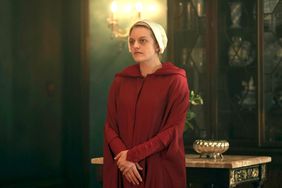 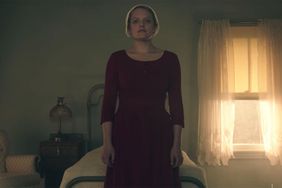