Crossover episodes often seem gimmicky and light on long-term substance, but the three-week Grey’s Anatomy/Private Practice mash-up was full of raw emotion, drama, character and plot development, intensity and amazing guest stars. It tasted like vintage Grey’s and made fans upset about Kate Walsh‘s departure all over again.

Derek vs. Addison: McDreamy hadn’t left his pregnant patient’s side after she awoke from surgery speaking gibberish and experiencing mini-strokes and asked Addison to stay to help with another procedure. The patient’s husband asked them save his wife over the baby if a choice had to be made. After the third surgery, her vocal skills returned but now she suffered from preeclampsia. Der stomped off when Addison didn’t focus on the victory and Meredith convinced her to stay mum when she threatened to go to the Chief.

More complications arose and so Der made a riskier decision to remove her frontal lobe, which Add disagreed with. “This has gone too far,” she said. “Jen is gone. This baby has a chance to live.” They had a scalpel-off, which was the most intense moment since that bomb went off. Mer and the Chief tried to talk Der off the ledge while Add took the baby out.

McSteamy vs. McDreamy: Lexie was staying put on her ultimatum with Sloan to go public about their relationship. Sloan attempted to butter Der up by complimenting his facial hair and surgical skills and come clean, but chickened out when Der thought he was asking him if he could have sex with Add. Not knowing what had just happened, he approached him again and let the cat out of the bag. Der responded with two jabs to the face and then Sloan retaliated with swings of his own. It turned into a full-blown fight and Hunt had to pry Sloan off.

Callie vs. Arizona: Callie asked Arizona on a date but she turned her down after finding out that Erica was her first lesbian experience. To defend her honor, Callie gave her a laundry list of experiences she had to share with a potential suitor at the bar. Unfortunately, she did it in front of Arizona’s date and skulked away.

Izzie vs. The Unknown: The patient whose blood was tested the same day as Izzie’s came to the clinic to inform Izzie that she found out she was the anemic one and not dying of cancer, which meant Sadie mislabeled the blood and Izzie’s panic returned. Izzie did a self-examine and then went to dermatology to get something looked at. The doctor tried to make her think it was nothing although she had a list of symptoms. After a motivating talk from Bailey, per usual, Izzie re-devoted herself to teaching the interns and started by using her own case.

Old School vs. New School: Yang butted heads with Dr. Campbell (Faye Dunaway), a veteran surgeon who refuses to retire and prefers the old-fashioned way. When one of her patients returned with an infection, Yang accused her of negligence. The catfight escalated when Campbell patronized and Yang labeled her work “a mistake.” Campbell admitted she made a mistake but didn’t quit until Hunt confided in her that he was fired from the Army. Hunt was also honest with Yang about being a bully and pointed out how similar the two docs were. He said he expected to have to pry the scalpel from her hand 40 years from now, the point being that he hoped he’s be there then. — Carrie Bell

Tell us: Do you think Deredith will forgive Sloane for dating Lexi and will Sloane be able to move past Der punching him? Do you want to see Arizona and Callie give dating a spin? Eric McCandless/ABC(2) 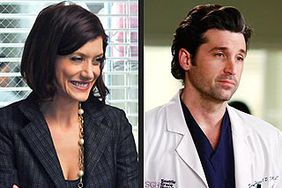 Grey's Recap: The Old Gang Is Back 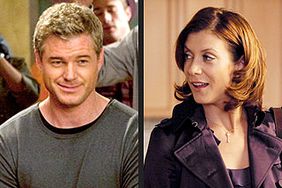 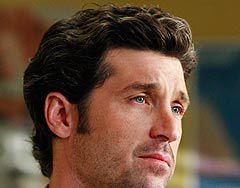 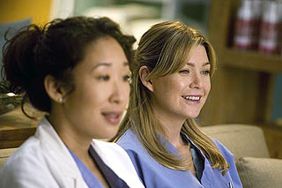