By George! 'Grey's Anatomy's' T.R. Knight Is Back in Shondaland — Watch Him in Action on 'The Catch'

Former Grey’s Anatomy star T.R. Knight is back in Shondaland!

The actor, 43, has joined the cast of The Catch, which is executive-produced by Grey’s creator Shonda Rhimes, for season 2 — and PEOPLE has the First Look at the actor in action on the ABC drama.

The Catch centers on private investigator Alice Vaughan (Mireille Enos), whose fiancé Benjamin Jones (Peter Krause) conned her out of her money before sacrificing himself to save Alice from wrongful imprisonment.

Knight, who spent five seasons on Grey’s as George O’Malley, joins the show as Alice’s brother.

“You’re boyfriend is a conman?” Knight’s character asks in the clip.

“Fiancé, thank you very much,” Benjamin corrects him.

Whatever the status of their relationship, it appears things will get very Mr. & Mrs. Smith between Alice and Benjamin, who point guns at each other at the end of the promo.

“We’re not going to shoot each other,” Benjamin says before giving his statement a second thought. “Are we?” 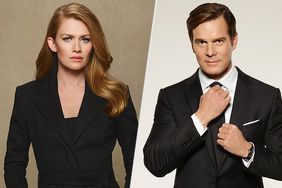 PEOPLE Review: Mireille Enos Gets Caught Up in (and Maybe Tripped Up by) Shonda Rhimes' Glamorous Caper 'The Catch' 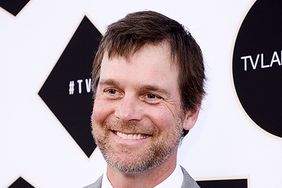