Watch the season 13 finale of Grey's Anatomy on Thursday at 8 p.m. EST on the ABC

Alex and Jo are saying goodbye.

After audiences watched Alex brutally beat up Dr. Andrew DeLuca on the season 12 finale when he found the fellow doctor in a compromising position with Jo while she was drunk, she has since been called into court to testify against her ex-beau. But although Alex doesn’t want to talk about the drama that is going on between the trio, he uses the opportunity to apologize for what he said to her — and since regrets.

“After tomorrow, we might not get a chance to talk. I might not see you after,” Alex says to Jo in the PEOPLE exclusive clip. “I just wanted to say I’m sorry.”

“I mean for the things that I’ve said. You’re not trash. Don’t ever let anyone say that. I’m sorry and I — you’re not trash, Jo,” he says as tears well up in his eyes.

Watch the season 13 winter finale of Grey’s Anatomy on Thursday at 8 p.m. EST on the ABC. The show will return Jan. 19. 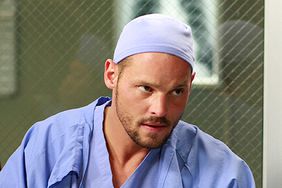 'Grey's Anatomy' Sneak Peek: Meredith Shocked by How Long Karev Could Be in Jail 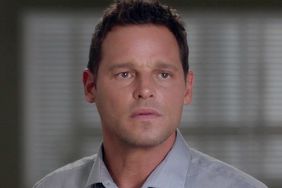