In the clip, Davidson, 25, is seen lighting up what appears to be a joint and taking a hit before passing it over to Kelly.

The rapper, meanwhile, gives the elevator tenant a tip on their way out.

“They regret the invite,” Kelly captioned the clip.

Davidson looked dapper in a burgundy red suit and black shirt for the night out, while Kelly wore a red velvet suit.

The comedian has been making a slow return to the spotlight since posting an alarming Instagram message less than a month ago. Davidson concerned friends and fans on Dec. 15 by writing on his now-deleted Instagram account, “I really don’t want to be on this earth anymore.”

Rami Malek Dishes on His Golden Fake Teeth…and Then Gets Photobombed by Mike Myers!

After seeing Davidson’s post, Kelly rushed to keep his friend company. “I’m in the plane now on the way to see Pete,” he tweeted at the time. “Gonna make sure he’s good, i promise. can’t have my boy in the darkness like that.”

Pete Davidson Is ‘Enjoying Being Single,’ Source Says After He Dines with Mystery Woman in Miami

Following that night’s SNL, the two pals were seen leaving the Rockefeller Plaza building together in an SUV.

The two have been seen out together multiple times since, including at a basketball game over the weekend.

Moving On? Pete Davidson Hit It Off with Kate Beckinsale at Golden Globes Afterparty 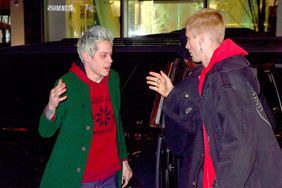 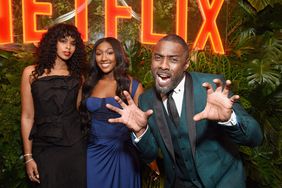 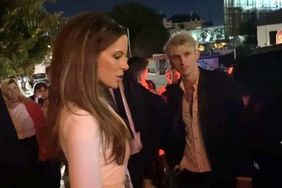