She said "Yes!" to childhood friend-turned-boyfriend Timothy Spear in Laguna Beach on Sunday

Sue Sylvester would most definitely approve!

“He picked out the ring, made payments on it, and then planned the picnic and the moment to get down on one knee to ask her to promise to be his one-and-only and marry him when they are ready,” Sinkhorn says. “Then they watched the sunset together.”

The couple’s families have known each other since they were babies.

Potter, 26, and Spear, both of whom were born with Down Syndrome, participated in the same infant stimulation classes at the Children’s Center in Riverside.

“We’ve kept in touch over the years, but it wasn’t until the kids were reunited while they were both living in Laguna Beach,” Sinkhorn told PEOPLE. “When Lauren ended a relationship, Timothy immediately asked her out and they have been together since.”

In addition to her work on Glee from 2009-15, Potter has served as an advocate for individuals with special needs. She previously served on President Obama’s Committee for People with Intellectual Disabilities and has traveled extensively, giving speeches that promote inclusion.

Potter recently appeared in an episode of VEEP. 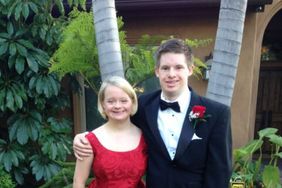 Glee Actress Lauren Potter's Engagement Is Off: 'It Hurts'