Harry Shum Jr. has a big reason to be Glee-ful: He’s married!

Shum, who starred on the musical TV show as Mike Chang and next plays Magnus Bane on Shadowhunters, tied the knot with longtime girlfriend Shelby Rabara, a dancer and actress who appeared in a few episodes of Glee, in Costa Rica last month, according to E! News.

On Thursday, Shum, 33, seemed to confirm the news by posting a romantic Instagram of the couple lighting paper lanterns on the beach – complete with bride and groom emojis.

Ushkowitz and Amber Riley also posed for a photo with actor Brandon Phillips while in Costa Rica.

Shum’s rep confirmed to PEOPLE in March that the actor and dancer had proposed to Rabara while they were vacationing in Hawaii in October 2014. Earlier this year, the couple bought a three-bedroom house in the Hollywood Hills for just under $1 million. 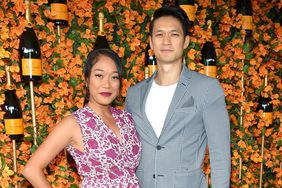 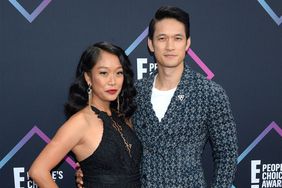