"Whoever I'm going to ultimately be rooting for, whether that was my Golden Buzzer or just acts, I want to remember you beyond the day," Gabrielle Union tells PEOPLE

The L.A.’s Finest actress, 46, pushed the coveted button to a deserving act on Tuesday’s season 14 premiere, bringing tears to many in the audience, including fellow newcomer judge Julianne Hough.

“I bawled. I cried probably from their first steps on stage,” Union tells PEOPLE of 22-year-old singer Kodi Lee, who walked on stage with his mother, Tina.

“Kodi is blind and autistic. We found out that he loved music really early on. He listened and his eyes just went huge, and he started singing, that’s when I was in tears,” Tina told judges Union, Hough, Howie Mandel and Simon Cowell.

“I realized he’s an entertainer. Through music and performing, he was able to withstand living in this world because when you’re autistic, it’s really hard to do what everybody else does. It actually has saved his life playing music,” the loving parent added.

Kodi blew everyone away with his vocal talents during his rendition of Donny Hathaway’s “A Song for You,” which he beautifully played on the piano.

“I’m a new judge this season and I’m also a new mom this year. It’s the toughest job I’ve ever had and the most rewarding job I’ve ever had,” Union told Kodi and Tina, referring to her daughter Kaavia, who was born via surrogate in November 2018.

“You just want to give your kids the moon, the stars and the rainbows. Tonight, I’m going to give you something special,” the mother of one said before pushing the Golden Buzzer.

And the judges couldn’t agree more.

“All four judges and everybody in this room were up on their feet, I will tell you that. You were wonderful, not only did we feel the authenticity of what you do, but you’re a great inspiration and a great talent. That was amazing!” Mandel said.

“I know everybody needs a voice and an expression. And I really feel that your heart, your passion, your voice blew all of us away. I just want to say: I heard you and I felt you, that was beautiful,” Hough said, after wiping her tears.

“What just happened there was extraordinary, I mean really extraordinary. I don’t know what it’s like to live in Kodi’s world. All I can tell is you obviously have an amazing relationship the two of you and your voice is absolutely fantastic,” Cowell said. “You have a really beautiful tone. Thank you so much for trusting us on this show. I’m going to remember this moment for the rest of my life.”

As Kodi moves forward in the competition — he’s going straight to the live finals in Hollywood — Union tells PEOPLE that she hopes each act will wow audiences.

“For me, whoever I’m going to ultimately be rooting for, whether that was my Golden Buzzer or just acts, I want to remember you beyond the day,” she says. “There are some acts that are so special that I say, I want to fall in love. Not just with your ability but with you as a person and root for you, care about you.”

Union adds, “To me, that’s what makes a superstar. You can’t just be talented, the world is filled with just talented people. I got to care about the whole operation.”

As for why she chose to join AGT as a judge, the star says she wants to help others achieve their dreams.

“I was a fan of the show but as someone who receives no’s on a daily basis, I wanted to be a part of saying yes to somebody’s dreams,” Union says. “I don’t always get the yes’s that I want but it’s nice to be part of a show that is making dreams come true.” 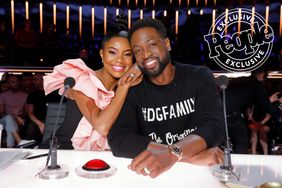 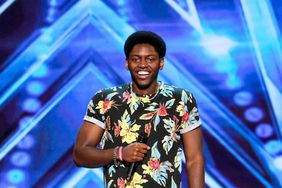 Why Howie Mandel Gave His 'AGT' Golden Buzzer to Singer Joseph Allen: 'I Was Waiting for an Inexplicable Moment' 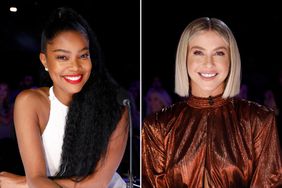 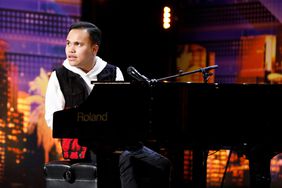