The stars aligned to spread cheer during this Disney homage.

On Thursday, ABC aired The Disney Family Singalong special, a one-hour event that assembled a treasure trove of famous performers virtually as everyone practiced social distancing during the coronavirus pandemic.

Even more celebs like Josh Groban, Darren Criss, Marvel movie cast members, Little Big Town, Tori Kelly and Kristen Chenoweth popped up — but it was these top moments that stood out most to superfans at home.

The graduates of the popular Disney Channel Original Movie reunited for a performance of “We’re All In This Together,” a popular track from the 2006 TV movie. And though costar Zac Efron couldn’t take part in the singing (blaming a shoddy Wi-Fi signal), the actor did appear for a message to fans.

“Hi everyone, I hope that you’re safe and that you’re healthy and you’re doing as well as possible during these unprecedented times,” said Efron, 32. “It’s my greatest pleasure to introduce a musical performance by some of my oldest friends, and some new ones.”

Though they couldn’t be accompanied by Troy Bolton himself, original stars Vanessa Hudgens, Ashley Tisdale, Corbin Bleu, Monique Coleman and Lucas Grabeel were joined by the casts of other Disney Channel favorites like Descendants and the Disney+ High School Musical series.

Where Are They Now? See What the Cast of High School Musical Is Up to Today

All hail a surprise Beyoncé cameo

Forget Jiminy Cricket — Queen Bey has made this classic Pinocchio song her own!

Showing up to sing a stirring rendition of “When You Wish Upon a Star” from the 1940 animated film, Beyoncé also sent a message of hope and solidarity to fans and those on the frontlines of the pandemic.

“Hello to all of the families across the world; I’m very proud and honored to be a part of the Disney family,” said Beyoncé, who starred in last year’s live-action The Lion King. “I’d like to dedicate this song to all of the health care workers who have been working tirelessly to keep us healthy and safe. We greatly appreciate you.”

The Grammy winner, 38, concluded her appearance by telling fans: “Please hold onto your families tight. Be safe, don’t give up. We’re going to get through this, I promise. God bless you.”

To perform the Hercules song “I Won’t Say I’m in Love,” Ariana Grande had to record a few layers of vocals. Channeling not only Megara but her chorus of backup singers in the movie (who go by The Five Muses), the “7 rings” songstress seamlessly nailed the performance.

This wasn’t Grande’s first Disney jukebox moment, however. For the 2017 live-action Beauty and the Beast film, the popstar joined John Legend for a duet of the musical’s title track.

A family affair for Thomas Rhett

For his take on Frozen‘s “Do You Want to Build a Snowman,” Thomas Rhett enlisted his daughters, Willa Gray, 4, and Ada James, 2, to accompany him.

The girls dressed up as princesses Elsa and Anna for their performance, and the father-daughter trio sang their hearts out from their front porch, tossing confetti around to simulate snowfall.

Luke Evans reprised his role of Gaston from Beauty and the Beast to perform his character’s signature song during the broadcast.

While costar Josh Gad and composer Alan Menken assisted the actor musically on-screen, Evans also had a helper off-camera to ensure everything went smoothly. On Instagram afterward, Evans, 41, shared a rare photo of boyfriend Rafa Olarra, who monitored the camera and oversaw the production behind the scenes. 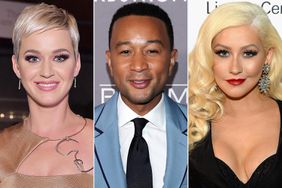 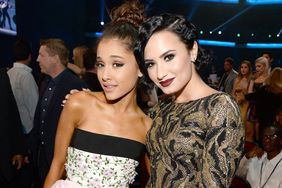 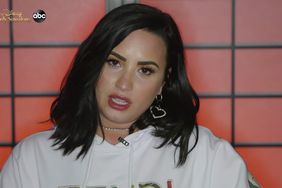 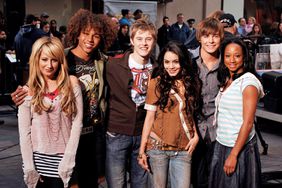 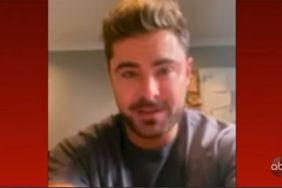 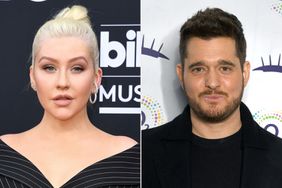 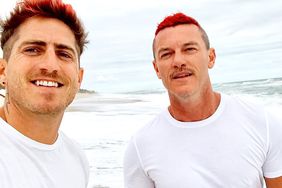 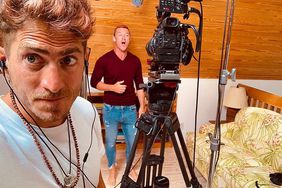