From Rumors to Reboots: Here's Everything the Cast of Friends Has Said About Reuniting

With the reunion officially a go at HBO Max, here's what the cast has said about reuniting through the years

"Anything is a possibility ... Anything! Right? I mean, George Clooney got married. That's like, anything can happen."

"I don't know what we would do. I think that period of time was sort of nostalgic, you know, there's something about a time - and I think why people have such an affection for it - there was something about a time when our faces weren't shoved into cell phones and we weren't checking Facebook and Instagram. We were in a room together, or in a coffee shop together and we were talking. And we've lost that."

"I have this recurring nightmare - I'm not kidding about this. When I'm asleep, I have this nightmare that we do Friends again and nobody cares. We do a whole series, we come back, and nobody cares about it. So if anybody asks me, I'm gonna say no. The thing is: we ended on such a high. We can't beat it. Why would we go and do it again?"

"I feel like I'm just constantly bursting that little bubble of hope, each and every time it's asked. It's been 13 years, 13 years of the same question and right now, or in the future, it's not going to happen ... What's it going to be about? Really, how is it going to work? This is what everybody is forgetting.

"They no longer hang out at the coffee house, they have all moved away. Chandler and Monica live upstate, Phoebe and Mike, probably the same. For what reason would there be for them all to come together for a significant amount of time? The setting, and that time of life, worked brilliantly for then.

It would be great. It would be a lot of fun. But even just from a logistical purpose, it would never work because everyone is on a totally, ridiculous work schedule, that's the opposite of someone else. It's even impossible for us to get together for dinner, it's really hard. It's six people, how easy it is for you to get six of your friends together?"

"The thing is, I just don't know if I want to see all of us with crutches, and like, walkers. I doubt it, I really doubt it."

"What story are we telling? Those characters have all gone their separate ways, they've all grown up. I think it's best to let that be what they're doing for everyone.

"That show was about a finite period in people's lives, after school and before you get married. That time where your friends are your support system. And once that time's over, that time's over.

"I went through that period in my own life. And when I revisit people from that time, it's not the same. It's just not. You can never go back, you can only move forward."

"I really like how the show ended. I really love how it ended. I think it was kind of a perfect ending, and I can't see any good reason to revisit it."

"Dear Lord, let it go people! We're not doing it. It's just not gonna happen."

"Let me tell you something: there's six friends and I've been trying to put together a cast dinner for 10 years. It doesn't happen! I can get the girls to come, maybe Matthew Perry. Matt LeBlanc canceled last time right at the last minute, Schwimmer lives here [in New York City], so it's just not gonna happen."

"People ask us all the time, 'Will we ever do a remake?' That was a story about these group of people that are friends in their 30s who are finding themselves. I don't know if there's a way to redo it. I just don't see it happening. Even though I would do anything to be in a room with all of those people acting and having a great time. But I don't see it happening." 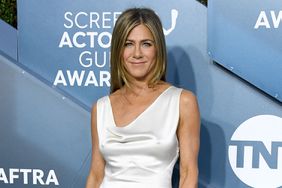 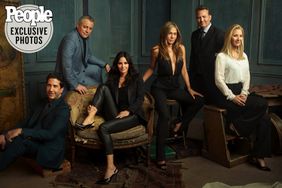 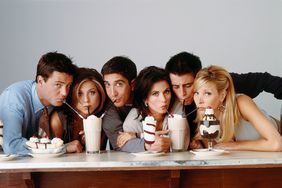