Turns out the iconic words of Friends‘ theme song prove true when it comes to real-life pals Lisa Kudrow and Matt LeBlanc.

More than 20 years since the wildly popular show launched their careers, the actors chatted with PEOPLE about fame, friendship, Friends and that on-screen hookup that just never happened.

Matt, you received your fourth Emmy nomination for playing a fictionalized version of yourself in Episodes, and Lisa it was your second nomination for The Comeback. Did you guys call each other when you heard the news?
Kudrow: I found out that morning when Matty texted me, “Yay!” I texted back, “Are we going to the Emmys? Oh my God!” But at first I just thought he was nominated. I knew he was.
LeBlanc: I thought you knew I meant you and I. How did you know I was?
Kudrow: You’re nominated almost every year!

The characters you play now have a lot in common – namely, narcissism.
LeBlanc: They’re both making a comeback. My character Matt is like therapy. What not to do in life. Don’t behave like that guy.
Kudrow: But you’re a good guy, that’s why it’s funny. I love playing Valerie so much because I love her state of denial. I find it really comforting. Nothing really hurts her.

What’s your funniest Friends memory?
LeBlanc: It feels like so long ago. But what sticks out in my mind was sometimes we couldn’t get though a scene without laughing. It’s the gag reel stuff. Remember that time you had to say
Kudrow: “At Monica’s you can eat cookies over the sink!” Yes, I couldn’t say it! I thought I was getting annoying.
LeBlanc: It was so funny. That uncontrollable laugh you have kills me. Lisa’s very ticklish.
Kudrow: Why does anyone need to know that! Do you know how many times I told Matt, ‘I am going to hurt you,’ and he would just laugh and keep doing it.

I have to ask, why didn’t Phoebe and Joey ever hook up?

Towards the end we actually pitched the idea that Joey and Phoebe had been having casual sex the entire time. We’d go back and shoot all the historical scenes and just before a moment that everyone recognizes, there’s Joey and Phoebe coming out of a broom closet together. But they were like, ‘Nah.’

How cold was the fountain from the opening credits?
LeBlanc: They warmed it up. I had a good time in that fountain, I gotta be honest.
Kudrow: I remember it being cold, and we had to do it way too many times. I don’t think we were in the mood or could even look like were having fun anymore, but then Matthew Perry said, “I don’t remember a time when I wasn’t in the fountain,” and we all laughed so hard. I think that’s what’s on TV.
LeBlanc: He was always the one in the 1,000th hour of something that everyone was dreading to crack a joke and make us all laugh. He’s the class clown for sure.

What if social media was around in those days? Who do you think would have used it the most?
Kudrow: Probably Rachel [Jennifer Aniston].
LeBlanc: Joey wouldn’t have been able to figure it out, and Phoebe would have thought it was stealing her soul.
Kudrow: Ross [David Schwimmer] would have wondered why he didn’t have many favorites for his dinosaur tweets.

When’s the last time the gang got back together?
LeBlanc: All six of us had dinner recently for Courteney Cox‘s birthday. We had so much fun. It felt like no time had passed, but it’d been almost 12 years.
Lisa: Like Matt says, if you’re trapped in a building with five other people for 10 years, when they finally let you out, you scatter!” 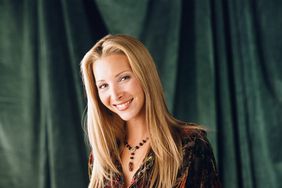 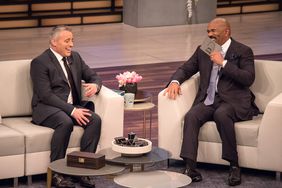 Matt LeBlanc on a Potential 'Friends' Reboot: 'Nobody Wants to See Joey Get His Colonoscopy!' 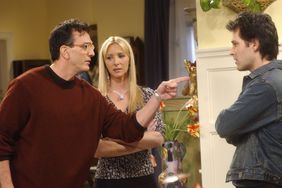 Lisa Kudrow on What She Thinks Her Friends Character, Phoebe, Would Be Doing in Quarantine 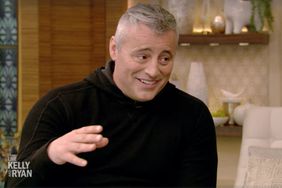