"We might be in different places but we are connected," wrote Lisa Kudrow

It may be 25 years later, but they’re still there for you.

In honor of Friends‘ 25th anniversary on Sunday, several of the cast members started sharing their tributes early on Instagram, honoring the iconic NBC sitcom in the two and a half decades since it all began.

Courteney Cox, Lisa Kudrow, David Schwimmer and Matt Le Blanc all shared the same photo on of the iconic squad from way back in the day. Instagram-less Jennifer Aniston and Matthew Perry, meanwhile, couldn’t get in on the action.

“Celebrating a Thursday night 25 years ago,” wrote Cox, 55, who played clean-freak Monica Gellar. “Thank you to all of our loyal fans across the world. You’ve certainly been there for us! ♥️♥️♥️♥️♥️I love these guys!”

Cox also joked about her close pal Aniston and Perry, both 50, not being on the social media platform, writing, #seriouslyJen? #youtoomatthew.”

‘Ouch’: Courteney Cox Shows Off Her Friends Shirt — But Half of Monica’s Head Is Missing!

Kudrow, who played free spirit Phoebe Buffay, started off her caption the same as Cox’s, but added that she and her cast members “might be in different places but we are connected.”

Schwimmer, 52, best known as the intelligent (and at times dramatic) Ross Gellar, wrote in his post, “Celebrating a Thursday night 25 years ago… THANK YOU to all the fans out there!! We couldn’t have done it without you.”

And finally Le Blanc, 52, who played goofball actor Joey Tribbiani, added in his post, “Seems like yesterday. Thanks to all the fans for watching.”

Last Friday, Friends‘ executive producers Kevin Bright, David Crane and Marta Kauffman spoke about the legacy of the show at Tribeca TV Festival’s 25th Anniversary Celebration of Friends, and revealed the one plot line they regret most over 10 seasons.

“The stalker. David Arquette,” said Kauffman, 62. “We did a lot of rewriting on that to make that work.”

The 1996 episode titled “The One with the Jam” sees guest star Arquette’s character Malcolm stalking Phoebe because he mistook her for her twin sister Ursula. Despite correcting him early on, Phoebe ends up justifying Malcolm’s behavior and falling for him — and even invites Malcolm to stalk her instead of Ursula.

Before Friends, Jennifer Aniston Was Told She Had to Lose 30 Lbs. to Make It in Hollywood

Kauffman added that she “wasn’t sure that chickenpox worked either,” referring to a season 2 episode in which Phoebe gave the illness to a Navy sailor (Charlie Sheen) whom she occasionally dated when he was in town.

The producers also spoke about how they incorporated Kudrow’s real life into the show in season 4, when Phoebe acted as a surrogate for her brother’s triplets while the real-life actress was expecting son Julian, now 21.

“We weren’t ready to have a baby on the show,” said Crane, 62. “And so this seemed like it was weird and different and could also give us lots of comedy and lots of stories.” 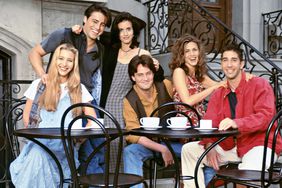 'Friends' Showrunners Reveal the One Episode They Regret, 25 Years Later 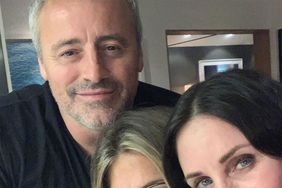 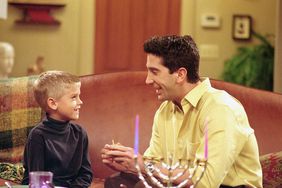