"It was an emotional experience," says Fred Savage of producing The Wonder Years reboot, which premieres Sept. 22 on ABC

Nearly three decades since Fred Savage wrapped his beloved show The Wonder Years, he is producing and directing a reboot of the series — and the experience, he says, was pretty emotional.

"I teared up," Savage, 45, tells PEOPLE of seeing the first episode of the reboot, which premieres Sept. 22 on ABC. "This show is so personal to me. And it's really a spiritual and emotional cousin to the original."

Both series, which take place during the tumultuous '60s, are told from the perspective of a 12-year-old kid navigating life with family and friends; Savage played Kevin Arnold in the original, which ran from 1988-1993 and EJ Williams stars on the reboot.

"Any time I get to work with young actors, it takes me back," says Savage. "I still feel like I'm 12 years old. And I had such a wonderful experience on the show. I look back on it very fondly."

For more from Fred Savage, pick up the latest issue of PEOPLE, on newsstands Friday, or subscribe here.

And despite having a starring role on a major show as just a preteen, Savage says he never felt negative attention or pressure. "It was a lot for a kid to experience," he admits. "But I felt safe. I felt welcomed. I look back on it with real warmth. I think that's why I'm still in show business today — because I had really happy, formative experiences as a kid."

The Wonder Years Cast: Where Are They Now?

"My oldest is a really thoughtful observer of things and he's interested in writing," says Savage. "My daughter is interested in directing and filmmaking and I think my youngest might be a performer. But if they want to be dentists, that's fine too! I just want them to be happy."

Meanwhile, Savage says he's relishing in the chance to revisit the show that formed his career — and changed his life.

Watch the full episode of People Features: Fred Savage on PeopleTV.com or on the PeopleTV app.

"One of the nice ripple effects of the new show is that it's brought me back into the orbit of the original cast," the actor says. "I talk to Josh [Saviano, who played Paul Pfeiffer] and Danica [McKellar, who played Winnie Cooper] and Dan [Lauria, who played his dad Jack Arnold] and I exchange emails."

Continues Savage: "I think people might work their whole careers to find an opportunity to be part of something that endures like The Wonder Years," he says. "The fact that I was able to do that at a young age is really special. I feel so fortunate." 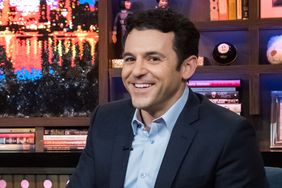 Fred Savage Says He'll Remember His First Kiss on 'The Wonder Years' Set 'Forever': 'I Was So Scared'

Fred Savage Reveals How He Avoided the 'Trappings' of Hollywood as a Teen: 'I Had a Regular Life' 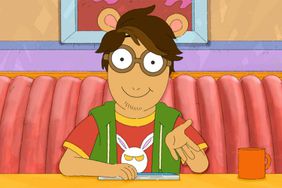 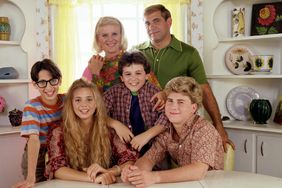