"It was four-plus months of prep for me," says Kistch. "From losing just around 30 pounds, to listening to hundreds of hours of phone calls of the tapes with [FBI negotiator] Gary Noesner."

Is that you, Taylor Kitsch?

The limited series, set to air in January 2018 in six parts on the Paramount Network, will follow the 51-day standoff between the fanatical leader, his followers the Branch Davidians and the FBI and ATF — which ended in tragedy and the death of 75 Davidians, including Koresh and 25 children, on April 19, 1993.

Kitsch, 36, tells PEOPLE he did extensive prep for the role, including reading (and re-reading) survivor David Thibodeau’s book.

“It was four-plus months of prep for me,” Kistch says. “From losing just around 30 pounds, to listening to hundreds of hours of phone calls of the tapes with [FBI negotiator] Gary Noesner and the FBI and the ATF to Child Protective Services, to reading David Thibodeau’s book a few times.”

The actor says having access to Thibodeau, who wrote A Place Called Waco: A Survivor’s Story, was invaluable to him before and during filming.

“He’s been nothing but amazing,” Kitsch says of working with the survivor and author. “Even after 25 years, you can tell it’s not only life-altering, but to this day there’s an injustice there, and you see it. To have access to Dave, who is one of the nine survivors of the final siege, was huge to have. He was on set every day, and he really helped in the sense of reaffirming a lot of these choices that I was making.”

Kitsch says he was able to lose weight gradually with proper diet, nutrition and exercise.

“I’m educated in nutrition and training, so the beauty of it is that I had four months to do it,” he explains. “So on Jan. 2, 2017, I started dieting. I didn’t have a lot to lose, but you have four months to lose 6 to 7 pounds a month. It wasn’t as difficult as it had been in the past, when you didn’t have the right amount of time – you can hurt your body if you lose that much weight that quick.”

Kitsch also learned to sing and play the guitar.

“I loved it,” he says of seeing himself in full costume as David Koresh the first time. “The wardrobe was huge, losing the weight changes your walk, your style, and I think listening to Dave for so many hours – I’d run while listening to these phone conversations and stuff, it’s a different cadence, there’s a higher pitch that he had and not that you want to emulate or copy it, you always want to make it your own.”

“That whole look, the glasses were huge for me,” he says. “Even in your trailer before you go do a scene, you’d be listening to cadence and the inflection. [Koresh] really did live with his heart on his sleeve, and I loved that about him – as an actor too, you go through every emotion possible with Dave and you see it in the six hours, literally everything, so as an actor it’s an incredible challenge to say the least.”

Kitsch admits that he was unaware of most of the details about the 1993 tragedy and hopes that people learn more about what really happened from all sides.

RELATED VIDEO: Jeffrey MacDonald Faced an Unfair Fight Against Prosecutors at His 1979 Trial

“I learned a lot about myself as well through learning both sides and formulating an educated opinion on it,” he says. “I was like 99-plus percent of the people who are going to start watching this [and don’t know the whole story], in the sense of we only knew or know what we were told and what they want you to know. The deeper I got into this, the more it unfolded of what exactly happened from the civil rights to the $50 warrant that they had, to the lack of jurisdiction – there are literally jaw-dropping things that happened that the FBI and ATF did during that 51-day siege, it’s genuinely hard to believe that this happened only 25 years ago.”

The miniseries, produced by Weinstein Television, will premiere on the Paramount Network in January 2018. Check back here tomorrow to see an exclusive sneak peek of the Waco teaser trailer. 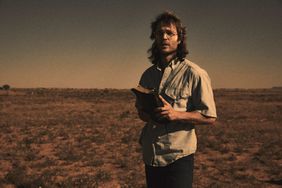 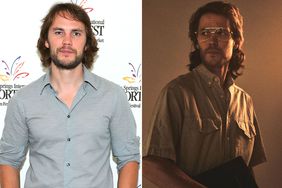 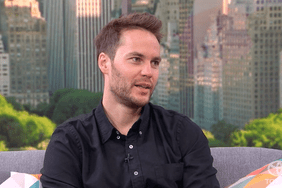 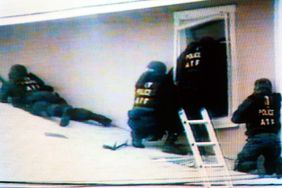 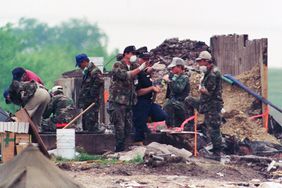 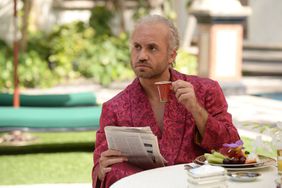 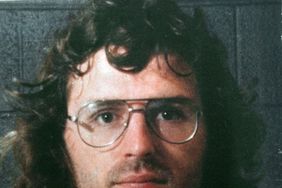 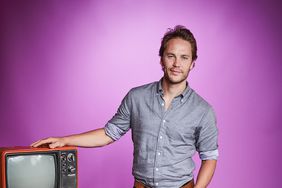 Taylor Kitsch Needed a Vacation After Playing David Koresh in 'Waco' . So He Took Two.

Waco Survivors Still Believe Cult's Teachings 25 Years After Deadly Siege: 'I Should Have Died, Too' 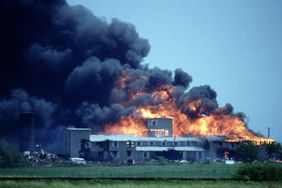 Return of a Cult? 25 Years After the Waco Tragedy, Why Another Ministry Is Rising in the Same Spot 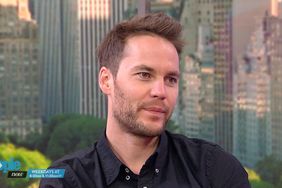