Bear Grylls is back with another adventure series, but the TV host says his latest show is his most intense to date.

“This is not a normal adventure race,” Grylls says in an exclusive clip for the premiere of World’s Toughest Race: Eco Challenge Fiji. “There’s mountains, jungles, rivers, ocean, and it is brutal."

The 10-episode adventure series, hosted by Grylls and executive produced by Mark Burnett, tells the story of the ultimate expedition race, in which 66 teams from 30 countries race non-stop for 11 days, 24 hours a day, across hundreds of miles of rugged Fijian terrain.

“The course is relentless, so every step is a victory,” says one contestant. Adds another, “I have no clue what to be afraid of, but I’m about to find out.”

Filmed last fall in Fiji, the series is a battle to the finish for 330 competitors made up of teams of five, including four racers and an assistant crew member. The greatest challenges are not the competing teams, but the unforgiving 671 kilometers of terrain which stands between the competitors and the finish line.

“For those still going is a real testament to their grit,” Grylls says. 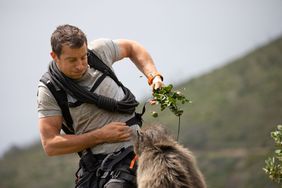 Choose Your Adventure! Bear Grylls to Return to Netflix with 2 Interactive Specials 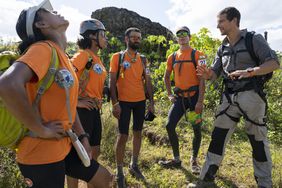