Robert Sepélveda Jr. is looking for love – and Logo is here to help him find it.

The 33-year-old former fashion model and interior designer will search for the man of his dreams this fall on Finding Prince Charming – the new, first-of-its-kind, all-gay dating competition series hosted by ‘NSYNC frontman Lance Bass.

PEOPLE has the exclusive first look at the trailer for the series, which features Sepélveda Jr. seeking a soulmate among 13 “charismatic and gorgeous suitors.”

Much like ABC’s wildly popular The Bachelor and The Bachelorette, the men will all live together, and will be eliminated on a rolling basis until the show’s leading man selects his finalist to “commit to an exclusive relationship.”

Sepélveda Jr. appears to be a prize worth fighting for, too. The Puerto Rico-born stud lives in Atlanta, where he runs his own luxury design firm. He’s also the founder of Atlanta Rainbow Crosswalks – an LGBTQ civil arts project which uses public art and community outreach to advance awareness of diversity and equality.

One suitor on the show refers to Sepélveda Jr. as a “Real life James Bond.”

Judging from the show’s trailer, Finding Prince Charming will have its fair share of drama and romance. But in the wake of June’s Orlando shooting, the show seems to have a bigger purpose of bringing the gay community together.

“We are part of something so much bigger,” on man says in the trailer. “Every gay man understands what it’s like to be an underdog. We need each other more than ever.”

RELATED VIDEO: Lance Bass Showed Us the Most Expensive Item from His Wedding Registry – Gifted by Kris Jenner

Meanwhile, Bass, 37, is no stranger to reality television – his glamorous December 2014 wedding to artist Michael Turchin was featured as part of a wedding special on E! that aired in February 2015.

Finding Prince Charming premieres with a 90-minute episode on Sept. 8 at 9 p.m. ET on Logo. 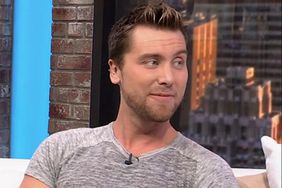 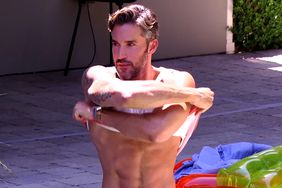 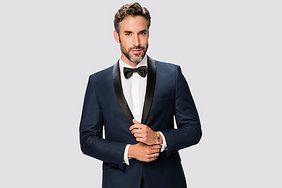